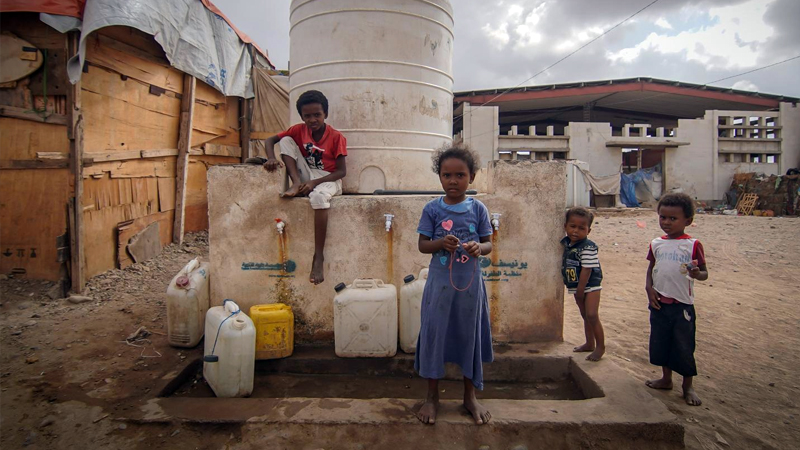 “Yemen may have receded from the headlines, but the human suffering has not relented. For seven years and counting the Yemeni people have been confronting death, destruction, displacement, starvation, terror, division, and destitution on a massive scale,” he said at UN headquarters in New York.

“Millions are facing extreme hunger, and the World Food Programme had to cut rations in half due to the lack of funds. Further cuts are looming. This is a tragedy,” he added.

About two-thirds of the UN’s programs have been completely shuttered or cut down amid a funding shortfall and escalating hostilities. The aid cuts have resulted in food rations being reduced for 8 million people and reductions in safe water supplies and gender-based services, according to the UN.

“We are ready to keep supporting the Yemeni people – but we cannot do it alone. We need your help,” Guterres said during a UN pledging event. “As a matter of moral responsibility, of human decency and compassion, of international solidarity, and of life and death, we must support the people of Yemen now.”