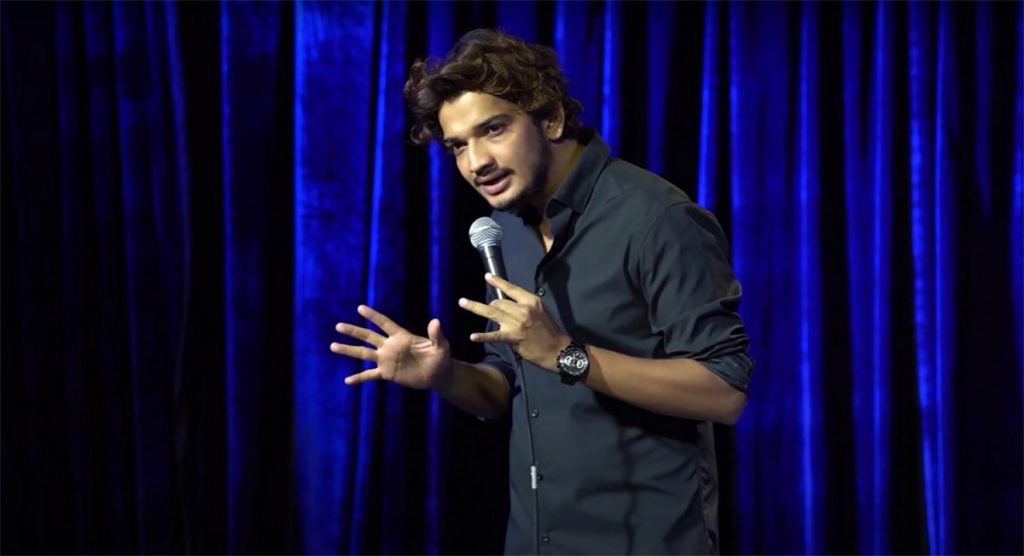 Stand-up comedian Munawar Faruqui on 28 November suggested that he may not do any more shows, after his scheduled show in Bengaluru was cancelled amid protest by the Hindu right-wing outfits who alleged that the artist had hurt the Hindu sentiments in one of his shows.

He was supposed to perform at the Good Shepherd Auditorium in Bengaluru Sunday. However, the Bengaluru Police asked the organisers to call off the show titled Dongri to Nowhere citing “law and order” issues. Planned shows in Mumbai and Gujarat over the last two months were also cancelled over threats of vandalism from members of the fringe outfit Bajrang Dal.

Here’s all you need to know about the comedian:

Who is Munawar Faruqui?

What is the recent controversy all about?

Munawar Faruqui’s 12 shows got cancelled in two months over alleged threats of vandalism. Soon after his Bengaluru Police asked the organisers to call off the show titled Dongri to Nowhere citing “law and order” issues, the stand-up comedian hinted that he will quit comedy.

What did he say?

“Putting me in jail for the joke I never did to cancelling my shows which has nothing problematic in it. This is unfair. This show has gained so much love from people in India irrespective of their religion. This is unfair (sic)” he added in his Twitter statement.

Why was he arrested in January?

Earlier on 1 January, he was arrested for allegedly making objectionable remarks about Hindu deities and Union Home Minister Amit Shah during a show in Indore on New Year’s Day. Soon after the show, Eklavya Singh Gaud, son of BJP MLA Malini Laxman Singh Gaud, had filed a complaint against Faruqui and others. Faruqui was then arrested under various sections of the Indian Penal Code, including section 295-A which deals with deliberate and malicious acts, intended to outrage religious feelings of any class.