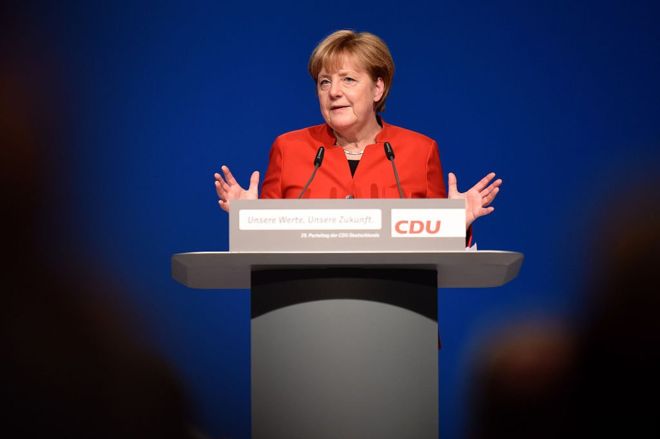 German Chancellor Angela Merkel called for a burqa ban wherever possible on Monday at her conservative Christian Democrats’ (CDU) party conference.
“The full veil must be banned wherever that is legally possible,” she told the about 1,000 delegates attending the two-day conference.
Merkel also signalled plans for the CDU to toughen its stance on refugees as it prepares to back her for a fourth term as leader of Europe’s biggest economy at next September’s election.
She told the conference that “not every refugee can stay.”