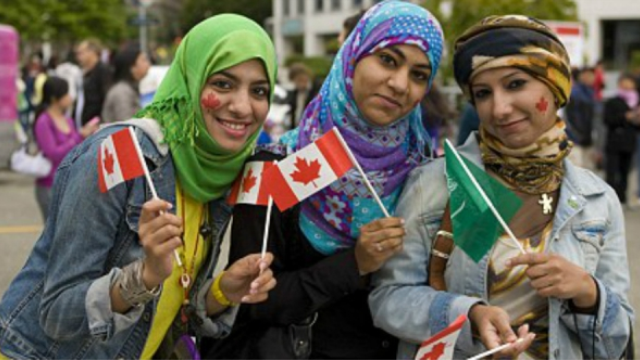 Canadian Muslim organizations are calling on the federal government to take concrete steps in countering Islamophobia and all forms of systemic racism and religious discrimination.
“As community representatives, we are deeply concerned about the impact of hate crimes and hate incidents on the broader well-being of our communities, and especially on our children,” said the National Council of
Canadian Muslims (NCCM) Executive Director Ihsaan Gardee at a news conference on Monday, December 5.
Gardee referenced a doubling of hate crimes and incidents in Canada between 2012 and 2014, as well as a sharp increase in numbers of reported human rights violations affecting Canadian Muslims.
A 2016 Environics Institute survey revealed that 35% of Canadian Muslims have experienced discrimination and unfair treatment in recent years.
“As faith leaders, we interact with members of our community on a daily basis. We are keenly aware of the impact that expressions of hate against Islam and Muslims are having on members of our communities,” said
Imam Sikander Hashmi, representing the Canadian Council of Imams (CCI).
“The reality is that we are receiving reports that children are being taunted and bullied at school by fellow classmates and sometimes even teachers, that women are afraid to dress according to their beliefs, that qualified men are denied employment opportunities simply because of their names or their appearance,” said Hashmi.
“The impact of Islamophobia is sadly very real and a growing reality in Canada, even in 2016.”
Workplace discrimination, especially for women in religious attire, was identified as one of the key barriers to employment.
This trend has continued to worsen and needs some immediate remedial course of action, said Farhat Rehman from the Canadian Council of Muslim Women (CCMW).
“We call upon our Muslim communities to respond to this initiative by our parliamentarians, and step up to be the leaders in executing action plans and join these efforts in unprecedented numbers,” said Rehman.ı.