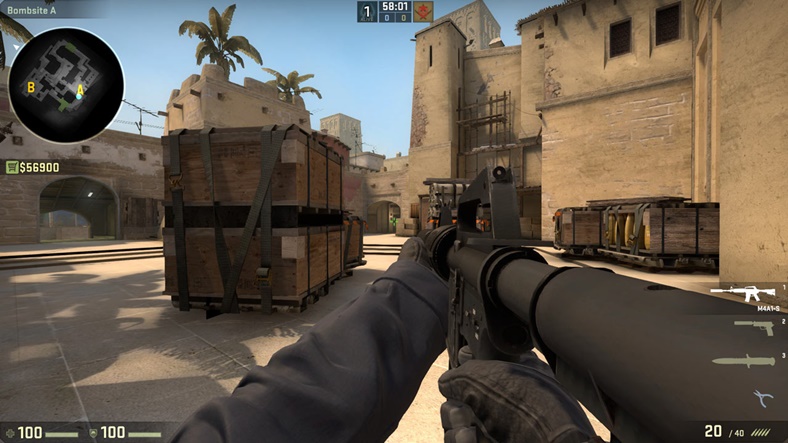 The Youth and Sports Ministry has pointed out the dangers of Islamophobia creeping into young minds through video games with a new campaign. A booklet titled “Islamophobia In Video Games” was presented at a convention of sports and youth ministers at the Organization of Islamic Conference (OIC) that ended in Istanbul on Friday. The booklet shows examples of outright Islamophobic graphics, text and actions in games that broadly insult Muslims.
Speaking on the booklet, the Youth and Sports Minister Akif Çağatay Kılıç said Islam faces “black propaganda” in video games and online games and they aimed to raise awareness on the issue. “Islamophobia seeks expansion in the world and we have witnessed some Islamophobic elements that are injected into games that use things, symbols sacred in Islam in a negative light. The Islamic world should be more aware of these and our youth and children should be protected from this perception management,” he said. Kılıç called the members of the OIC to fight collectively against this perception management.
Among the games the ministry brands as containing Islamophobic elements is Guitar Hero 3 where players jump on a stage and dance on an inscription of “Allah” in Arabic and use the gate of Kaaba, the holiest place in Islam, as symbol of entrance to a demonic tower in the third-person shooter Devil May Cry 3. A Resident Evil level where the gate to the sacred grave of Prophet Muhammad (Peace Be Upon Him) is portrayed as a source of chaos and evil is also criticized in the booklet. Zack and Wiki, a Nintendo Wii game, is also accused of Islamophobia for evil characters exclusively screaming “Allahu Akbar” as they die.
Outright Islamophobic games, such as Muslim Massacre, Bomb Gaza, Minaret Attack and a modified Pacman where an eponymous character devours burqa-wearing women were also included in the booklet.