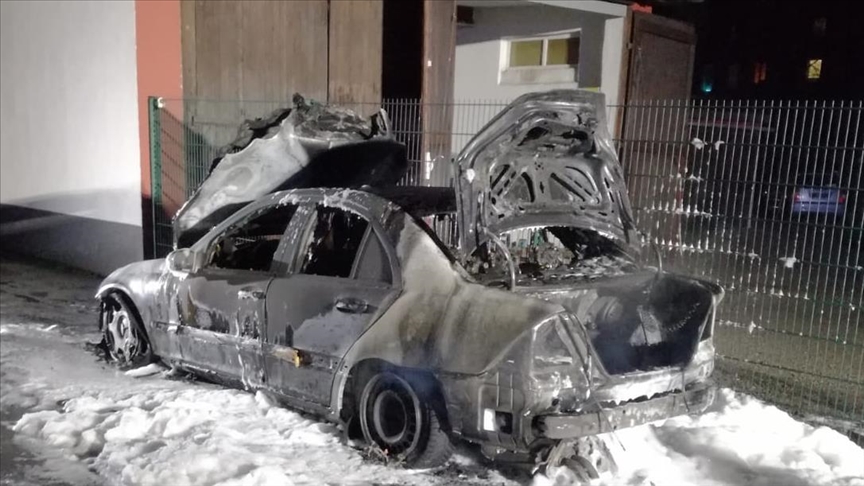 A vehicle that was set on fire in the car park of the Merkez Mosque affiliated to DITIB became unusable.

A vehicle found in the car park of the Central Mosque affiliated to the Turkish-Islamic Union of Religious Affairs (DITIB) on Schmidtstr Street in the city of Bochum, North Rhine-Westphalia, Germany, was set on fire at around 02.50 local time.

The vehicle became completely unusable by burning. No one was killed or injured in the incident. Bochum DITIB Central Mosque Association President Adnan Akçay strongly condemned the attack and demanded that the perpetrators be caught as soon as possible.

Akçay said that according to the camera records, a person entered the parking lot of the mosque and burned the vehicle by pouring gasoline under it.

ANOTHER VEHICLE IS ATTEMPTED TO SWEAT
Stating that the burning vehicle became unusable, Akçay stated that another electric vehicle was tried to be set on fire 500 meters away from the mosque.

He stated that the police started an investigation into the incident.

In Germany, the car was set on fire in the mosque parking lot ViDEO

THE PERSONS OF THE ATTACKS WERE NOT Caught
In recent years, the increasing attacks against mosques in Germany have made the public uneasy, and the perpetrators of the attacks that have taken place so far have not been caught.