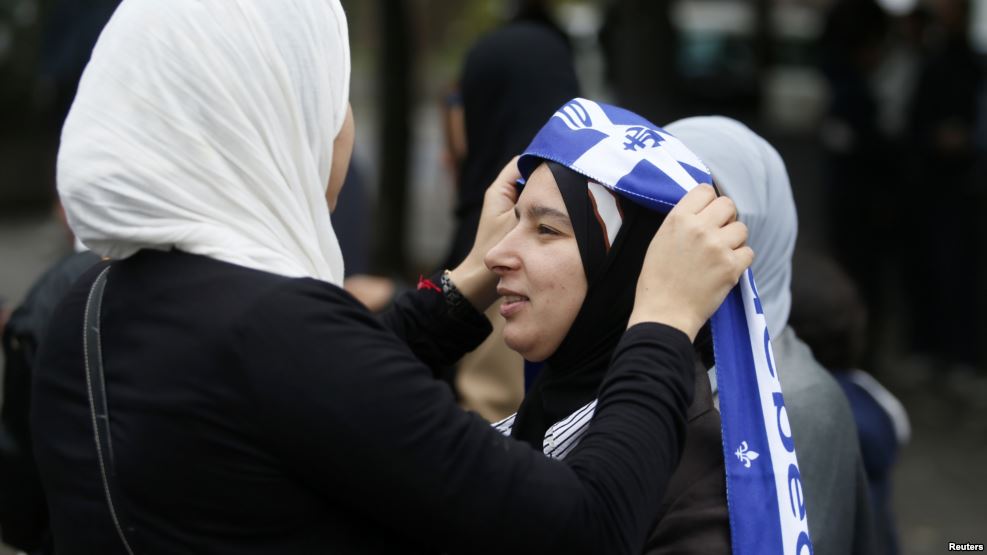 Quebec is moving ahead with a law to ban face coverings in the public sector in a move criticized as marginalizing Muslim women and potentially inflaming anti-immigrant tensions in the mainly French-speaking Canadian province.
The proposed law prohibits anyone giving or receiving government services, such as a provincial government-issued health card, from wearing face-covering garments. As an example, it would prevent a woman from donning the face-concealing burqa while trying to get a Quebec driver’s license, and prohibit a civil servant from covering her face.
The Quebec government is holding hearings before a vote on the legislation, which is likely to pass because of the centrist Liberal party’s majority in the legislature.
Quebec says the law is aimed at ensuring the religious neutrality of the state. Critics say a law is not required and only affects a small number of Muslim women who wear burqas or niqabs.
“It’s an unnecessary exercise,” said Amira Elghawaby, a spokeswoman for the National Council of Canadian Muslims, adding it could “isolate and victimize women who wear the face veil.”
Like France, Quebec has struggled at times to reconcile its secular identity with a rising Muslim population, many of them North African immigrants. The face covering, or niqab, became a big issue in last year’s national Canadian elections, especially in Quebec, where the vast majority of the population supported a ban on them at citizenship ceremonies.
France in 2004 passed a hotly contested ban on veils, crosses and other religious symbols in schools, which appeared to be a model for Quebec’s “Charter of Values” that the previous provincial government tried to introduce in 2013.
Quebec’s justice minister has said the law is not an attack on Muslim women and “respects individual choices.”
“Our approach in this file would be balanced and respectful of greater principles such as gender equality and the recognition of rights and fundamental freedoms,” said Justice Minister Stephanie Vallee.
The latest legislation, Bill 62, is a watered-down version of that charter, and opposition lawmakers say it does not go far enough.
Parti Quebecois legislator Agnes Maltais said Bill 62 fails to include services provided by municipalities, a key point of contact between civil servants and the public. Maltais said the law should be amended to prevent all state workers in positions of authority such as judges and prison guards from wearing religious symbols.