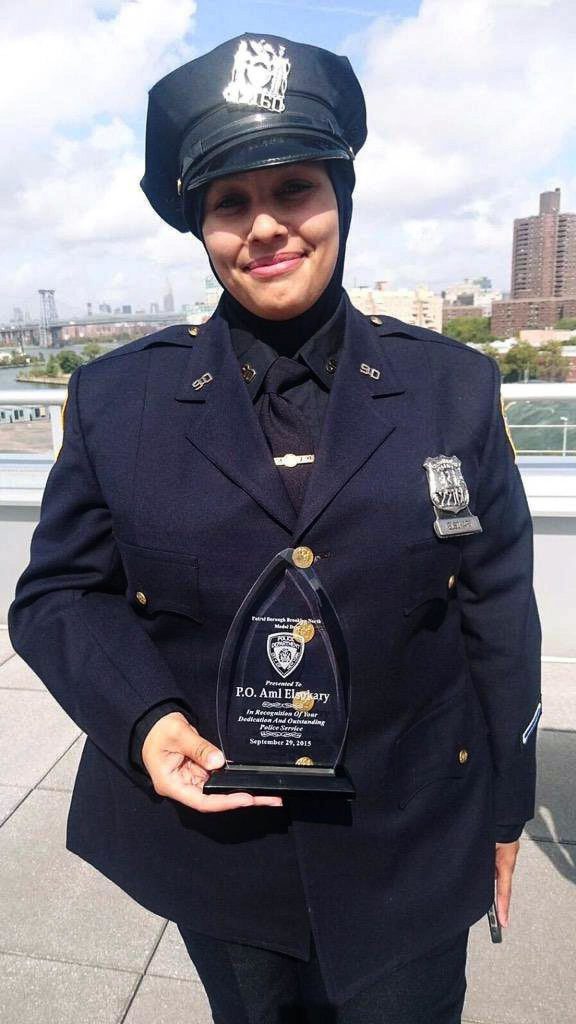 A Muslim police officer here and her 16-year-old son were the targets of a hate attack during the weekend, police sources in the media said Sunday.
Officer Aml Elsokary, a native of the city, dropped off her son in Brooklyn while off duty. After parking her car, she found the boy being pushed around by a white man in his 30s.
“ISIS(Daesh) (expletive), I will cut your throat, go back to your country!” he shouted at the unarmed officer and her son.
The NYPD is searching for the suspect and is treating the incident as a bias crime.
Elsokary, who wears the hijab, or Muslim head covering, on duty, has been serving as a member of the New York Police Department for nearly 15 years.
She joined the force shortly after the 9/11 terror attacks to “show people that the terrible acts of that day contradicted the teachings of Islam”, Mayor Bill de Blasio said at a 2014 iftar dinner. Iftar is the meal Muslims eat after breaking their fast during the holy month of Ramadan.
De Blasio also called the mother-of-five a “hero” and awarded her with a medal for rushing into a burning building with her partner to save an elderly man and a baby girl in April that year.