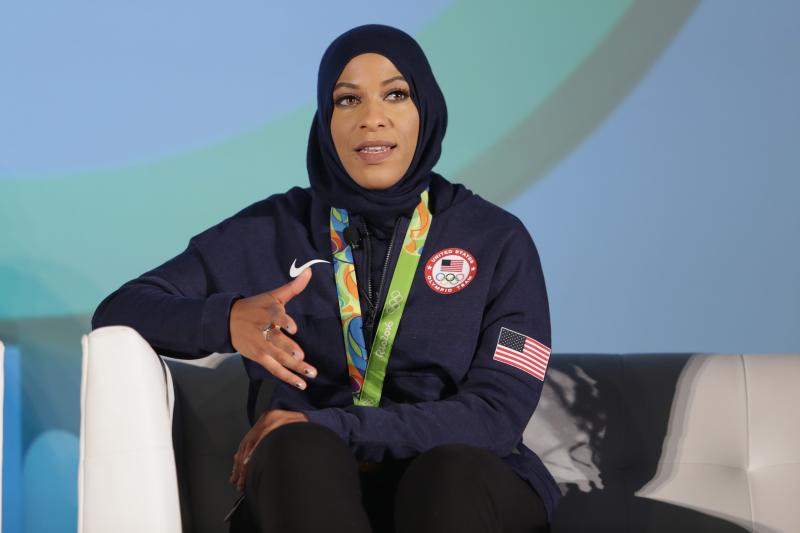 In an interview with Popsugar on Tuesday, US Olympic athlete Ibtihaj Muhammad expressed her disappointment at US President Donald Trump’s “Muslim ban,” and revealed that she had recently been detained at US Customs with no explanation, and was “sad and upset and disheartened” by this treatment.
“I can’t tell you why it happened to me, but I know that I’m Muslim. I have an Arabic name. And even though I represent Team USA and I have that Olympic hardware, it doesn’t change how you look and how people perceive you.
Unfortunately, I know that people talk about this having a lot to do with these seven countries in particular, but I think the net is cast a little bit wider than we know. And I’m included in that as a Muslim woman who wears a hijab” Muhammad said.
The incident happened “a few weeks ago,” although it is unclear whether it came before or after Trump’s inauguration as president.
Ibtihaj Muhammad represents the US as a fencer – she became the first female Muslim American to win a medal for the United States and the first American athlete to wear the hijab while competing in the Olympics at the 2016 Summer Games in Rio.
Source: http://www.middleeasteye.net/news/us-olympian-ibtihaj-muhammed-reveals-s…