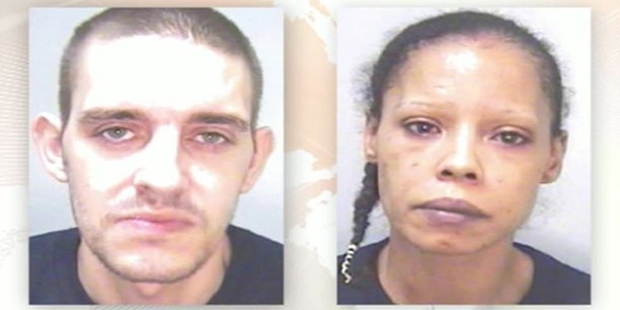 Two drug dealers who allowed a four-year-old girl to eat heroin, diazepam, methadone and ketamine for months before her death have each been jailed for 13 years by a judge who said it was a case of “almost unremitting degradation”.
Michala Pyke and John Rytting fed Pyke’s daughter, Poppy Widdison, sedatives to “subdue and sedate her to allow you to indulge in your own squalid passion”, a judge told the pair at Hull crown court.
Jeremy Richardson QC said Pyke was “utterly unfit to be a mother” and saw her daughter as an inconvenience in her relationship with Rytting.
Richardson said to the pair: “You both bear huge responsibility for blighting the life of a pretty, vivacious little girl.”
The judge said Poppy had been born a heroin addict and suggested Pyke even named her in reference to the drug.
“It reveals your deplorable attitude, together with that of your then partner, towards that innocent infant. It is of pellucid clarity to me that during the period covered by the indictment, and before that time, you both existed in the swamp of drug addiction and drug peddling.
“The life of Poppy may only be characterised as tragic from the moment she was conceived to the moment she died.”
The judge said Pyke had emotionally abused her young daughter and that her conduct was cruel and deliberate.
“You, Pyke, plunged that infant into the mire of drugs and the utter degradation of your unwholesome life,” he said. “It is clear to me that you both regarded Poppy as something of an irritant in respect of your baleful romance.
“You are utterly unfit to be a mother and abused your infant daughter in a significant manner by giving her drugs … The expressions of love towards Poppy you made during your evidence were a despicable masquerade.”
Poppy died in June 2013 after suffering a cardiac arrest at Rytting’s home, where prescription and controlled drugs were “left lying around”.
A postmortem examination could not establish a cause of death, but toxicology tests carried out on her blood and hair found various drugs, and showed the young girl had been exposed to and had ingested significant amounts of heroin and methadone for two to six months before her death.
Both defendants were sentenced for child cruelty by allowing Poppy to be accommodated in a house where prescribed and controlled drugs were unsecured and within reach of the child, and by encouraging her to ingest prescription and/or controlled drugs.
Pyke, 38, of Grimsby, was also sentenced for child cruelty by emotional abuse, possession of methadone with intent to supply and supplying the same drug.
The judge said her sentence was made up of nine years for the child cruelty offences and four years for the drug offences.
Rytting, 40, also from Grimsby, was sentenced for importing drugs, two counts of supplying controlled drugs and one count of possessing cannabis with intent to supply. The judge said he was given eight years for child cruelty offences and five for the drug offences.
Speaking outside court, Poppy’s uncle, James Widdison, said he did not think the family or social services could have foreseen what happened.
Flanked by the girl’s grandparents, Judi Widdison and Fred Soar, he said: “We’ve waited three and a half years for this day and it doesn’t get any easier. The memories we’ve got of her are everlasting. We won’t ever be distanced from that. There’s no such thing as closure with regards to this case.”
Source: https://www.theguardian.com/uk-news/2017/jan/19/poppy-widdison-death-mot…http://www.bbc.com/news/uk-england-humber-38677886