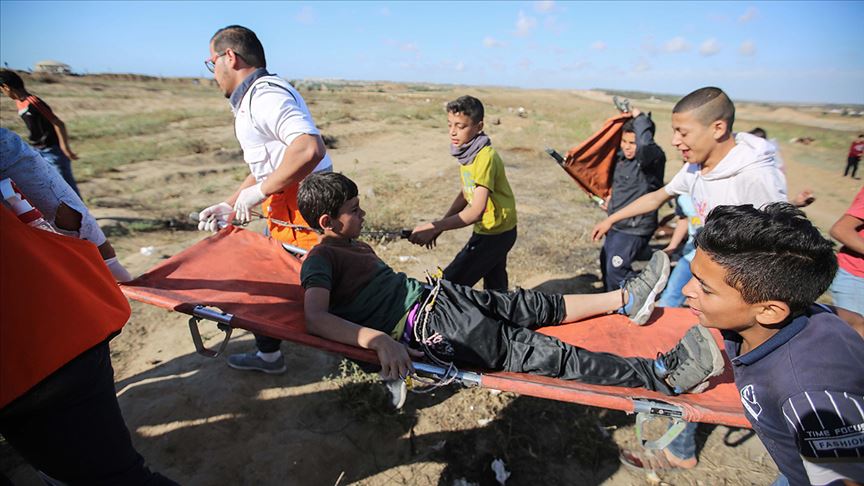 Israeli authorities have arrested at least 400 Palestinian children in the first 10 months of the current year, the Palestinian Prisoners Society (PSS) said on Thursday.
In a statement released on the anniversary of the International Children’s Day, the PSS said: “The Israeli occupation authorities have arrested 400 Palestinian children under the age of 18 since the beginning of this year […] most of them from East Jerusalem.”
“The Israeli authorities continue to hold 170 Palestinian children in their prisons,” the statement read.
“Israel is committing various violations against Palestinian children during their detention, including preventing them from completing their studies, depriving some of them of family visits in prison, and isolating them in individual cells,” the statement reads.
Since 2015, Israel has passed new laws that would legalize the issuance of high prison sentences for children, in some cases up to life imprisonment.
According to PPS, Israel has arrested about 7,000 children since 2015.
Palestinian figures show that around 4,400 Palestinians, including 39 women, 155 children, and 700 patients, are currently held in Israeli detention facilities.
Source: AA