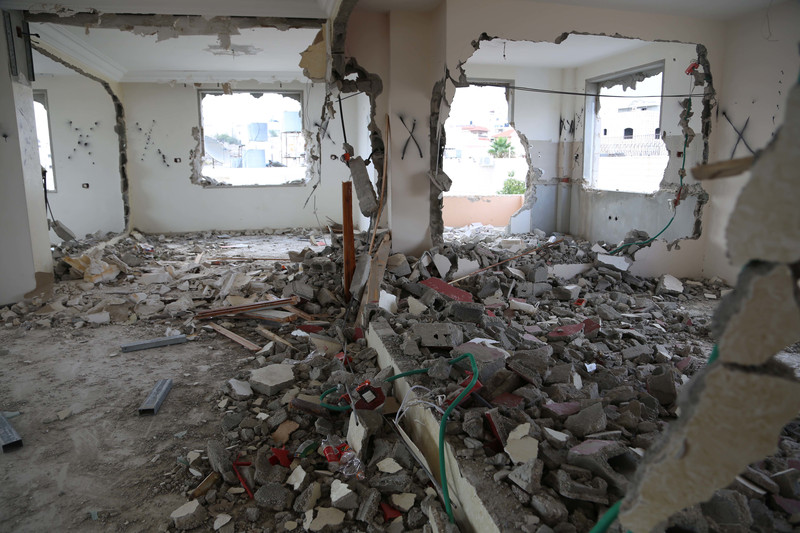 After issuing orders to demolish their home and rounding them up in detention centers, Israel now plans to revoke the Jerusalem residency of the relatives of the man who ran a truck into a group of Israeli soldiers at a settlement near Jerusalem on Sunday, killing four and injuring more than a dozen others.
The Palestinian man, identified as Fadi Ahmad Hamdan al-Qunbar, 28, was shot dead at the scene.
The sweeping order, issued by interior minister Aryeh Deri on Tuesday, is a striking expansion of Israel’s tools of collective punishment against an alleged attacker’s family.
It would strip at least a dozen people of their right to live in their home city of Jerusalem.
Israeli human rights group, HaMoked, which is representing the family, reported that more individuals were notified on 11 January that their residency would be revoked.
“Let this be known to all who are plotting, planning or considering carrying out an attack, that their families will pay a heavy price for their actions and the consequences will be severe and far-reaching,” Deri said.
“This is a decision that signals a new era against terrorism and terrorists who use their status to carry out attacks against citizens,” Deri said. The move is supported by prime minister Benjamin Netanyahu.
Israel occupied the West Bank, including East Jerusalem, in 1967. It later annexed the city in violation of international law, a move not recognized by any country.
Israel treats East Jerusalem’s indigenous Palestinian population as if they were mere “permanent residents” whose ability to stay in the city is contingent on Israeli permission.
In its December resolution, the UN Security Council condemned all of Israel’s measures “aimed at altering the demographic composition, character and status of the Palestinian Territory occupied since 1967, including East Jerusalem.”
It confirmed that such measures, including “the construction and expansion of settlements, transfer of Israeli settlers, confiscation of land, demolition of homes and displacement of Palestinian civilians” are “in violation of international humanitarian law” and previous resolutions.
As the occupying power, Israel is also bound by the Fourth Geneva Convention, which outlaws “collective penalties” and states that no person “may be punished for an offence he or she has not personally committed.”
But since there have been no effective international measures to hold Israel accountable, it has continued to use collective punishment with impunity for decades.
Source: https://electronicintifada.net/blogs/charlotte-silver/israel-punishes-fa…