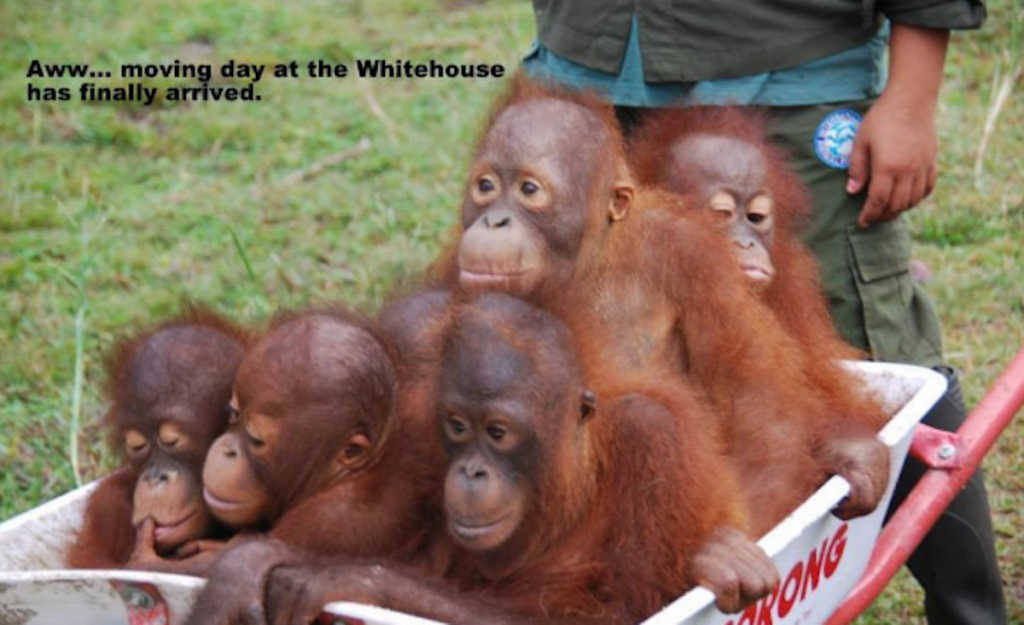 A town in Pennsylvania is calling for their mayor to step down as he continues to post racist memes on Facebook.
Charles Wasko, the Republican mayor of West York, has received waves of criticism after sharing incendiary memes, including one that suggests President Barack Obama should be lynched. He also shared an image depicting the First Family as a group of orangutans.
One of the memes shows a group of orangutans in a wheelbarrow. “Aww … moving day at the Whitehouse has finally arrived,” it says.
Another depicts a dog covered in a towel, with only its eyes and snout showing. “Guide dog for a Muslim woman,” it says. “It’s call a Barka.”
Probably the most inflammatory one was about President Obama. It shows a picture of actor Clint Eastwood in the film “The Good, the Bad and the Ugly” — and a noose. “Barry, this rope is for you,” the caption says, referring to a nickname for the first black president. “You wanna bring that empty chair over here!”
West York residents called for Wasko be kicked out of office at two meetings, including one Monday night, when the borough council voted to censure him.
Despite the outcry from the community, Mr Wasko has remained unapologetic.
“I will not be politically correct, I say what is on my mind and what I believe in, I say what people think but are afraid to upset the liberal media and crooked politicians,” he wrote on Facebook last week.