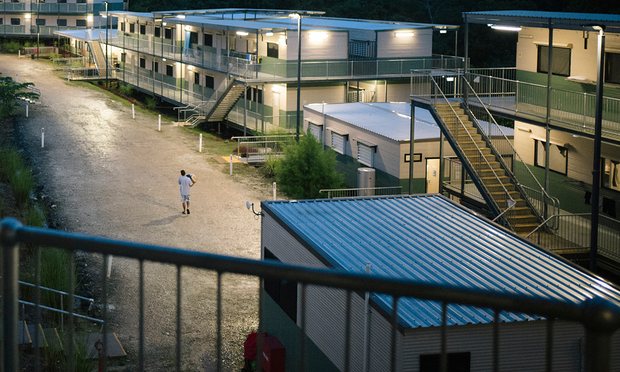 A 24-year-old refugee says he was assaulted by a gang of youths on Manus Island, in the latest act of alleged violence against detainees from Australia’s offshore processing centre.
The man told police he was walking from a Lorengau hotel to a lodge on Sunday evening when a group of young men called out to him. He said he ignored them but then the group surrounded him and one man demanded he hand over his phone.
“They went on and started punching me and pushing my head down,” he told police. “My eyes went blackout and I felt dizzy like and almost unconscious. One of them who was at my back kicked me on my back very hard which was very painful.”
One of the group then allegedly stole money from his back pocket and they fled. The man was assisted by a woman from a nearby lodge.
He told Guardian Australia the police were trying to apprehend the assailants, but he had not received any help from the staff at the detention centre where he still lived.
The man, an Iranian Christian, has been on Manus Island for three years after seeking asylum in August 2013. He said this was the second time he had been seriously assaulted.
PNG police have been contacted for comment.
Community unrest with the hundreds of refugees on Manus Island has resulted in frequent acts of violence. Detainees are now free to leave the detention centre and travel to Lorengau, but many report they are too scared of attack.
In August two refugee men were violently attacked by local men who beat them with a metal bar.
Alleged criminal acts by detention staff, and perceptions that promised community benefits have not materialised, have also contributed to hostility among local people against the centre and people associated with it.