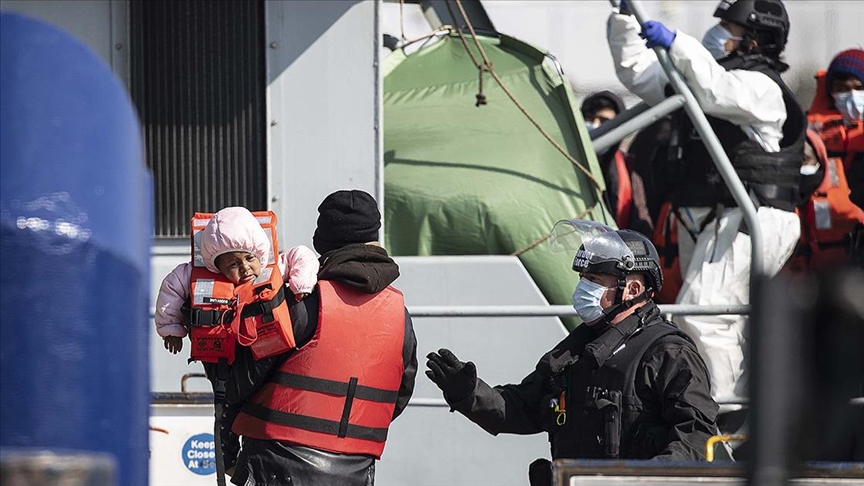 Britain aims to send a first group of asylum seekers to Rwanda in two weeks’ time as part of a policy which the government says is designed to break people-smuggling networks and stem the flow of migrants across the Channel.

In April, Prime Minister Boris Johnson’s government announced plans to send some of the people who seek asylum in Britain to Rwanda in a plan that drew criticism from both within and outside Johnson’s Conservative Party as well as from many charities.

The Home Office said on Tuesday that an initial group of migrants have started to receive formal letters telling them they are being sent to Rwanda to “rebuild their lives in safety”.

“The Removal Direction confirms that they will be going to Rwanda and when,” Britain’s Home Secretary Priti Patel said in a statement. “The first flight is expected to take place next month, on the 14th of June.”

The plan to send unwanted asylum seekers to Africa comes as Johnson is facing the growing threat of a confidence vote as some of his lawmakers say they have lost faith in his leadership over illegal parties held at his residence during COVID-19 lockdowns.

Concerns over immigration were a big factor in the 2016 Brexit vote and Johnson has been under pressure to deliver on his promise to “take back control” of Britain’s borders.

Last year, more than 28,000 migrants and refugees made the crossing from mainland Europe to Britain, mostly in small boats.

The government has dismissed criticism that the policy lacks compassion, saying it is worse to encourage a system where many asylum seekers are exploited by people smugglers.

The Home Office did not say how many asylum seekers would be on the first flight to Rwanda.