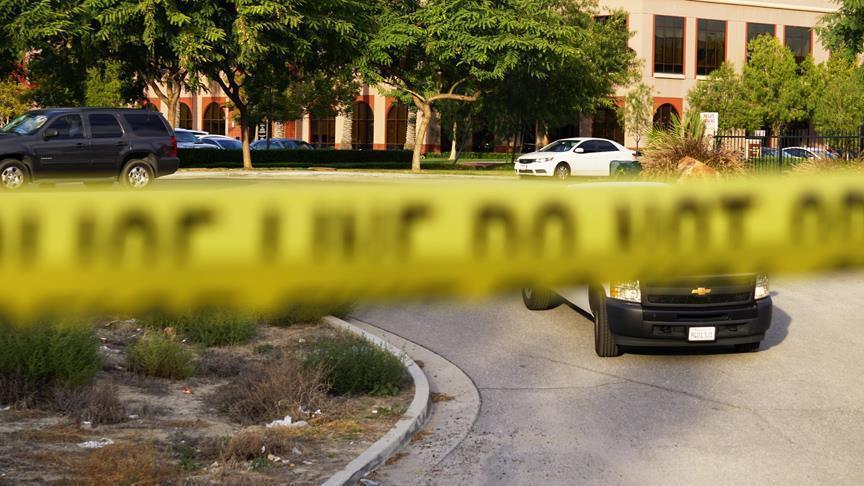 The unarmed 73-year-old man killed by Bakersfield police on Monday had a crucifix in his pocket that his neighbors mistook for a gun, authorities have said.
Francisco Serna was killed early on Monday morning while walking around his neighborhood in the southern California city, something his family said he did frequently after having been diagnosed with dementia. Police said they were responding to a 911 call claiming that Serna was armed with a gun, although investigators later concluded that he was unarmed.
Bakersfield police released a more detailed account of what they say preceded Serna’s killing on Tuesday evening, reporting that investigators found a “dark colored simulated woodgrain crucifix” on Serna during a search. The release did not provide any details on the size of the object.
According to the police account, a woman was parking her car outside her house in Serna’s neighborhood at about 12.30am on Monday morning when the 73-year-old began questioning her, and asked to look inside her car. The woman told authorities that Serna kept his right hand inside his jacket and that she saw “a dark brown or black handled object that she believed was a gun” inside the jacket, police said. The woman allowed Serna to search her car before running to her home and telling her husband to call 911, according to authorities. The woman’s husband described Serna to police as “an older Hispanic male” and said he had a gun.
Police said a number of Bakersfield officers arrived in the neighborhood minutes later, speaking with the woman and her husband, before Serna – who had gone back into his home at some point – left his home across the street and, authorities claim, walked toward the officers, ignoring commands to take his hand out of his pocket.
Officer Reagan Selman opened fire on Serna as the man continued to approach and came within 15 to 20 feet of the officer, police said. Selman fired seven rounds at the 73-year-old, killing him in his neighbor’s driveway.