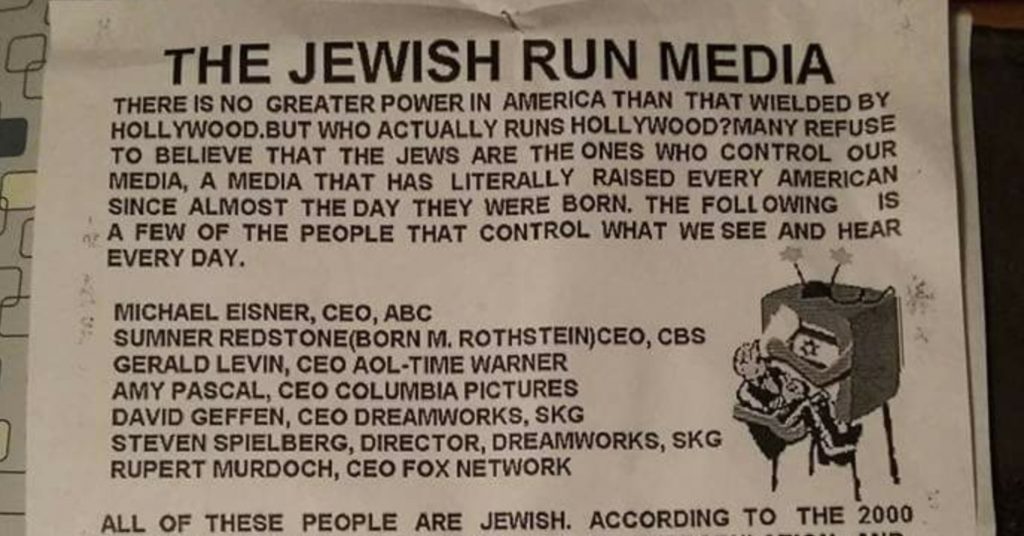 The week following Donald Trump’s election win was marked by countless acts of hate and violence carried out across the country. Reports of vandalized property, verbal attacks and physical assaults on Muslim, Jewish, Black, Latino and LGBT communities inundated news outlets, leaving many members of these communities fearful for what the future would bring.
In Montana, reports that anti-Semitic leaflets were cropping up in residential neighborhoods led one synagogue to request police protection for the coming weeks.
“Any kind of threat, like someone dropping leaflets somewhere in town with anti-Semitic threats is worrisome, and you don’t know who it is and what their capabilities are, or whether they have other plans,” Laurie Franklin, spiritual leader and rabbinic intern at the Har Shalom synagogue in Missoula, told The Huffington Post.
The Montana Human Rights Network, which monitors hate crimes around the state, received three reports of an anti-Semitic literature drop at homes in Missoula within just 24 hours after Trump’s victory, said Network co-director Rachel Carroll Rivas.
The leaflets referenced the American Nazi Party and contained messages like, “The Jews’ purpose is to destroy us and our families,” and “Free healthcare for the white working class!”