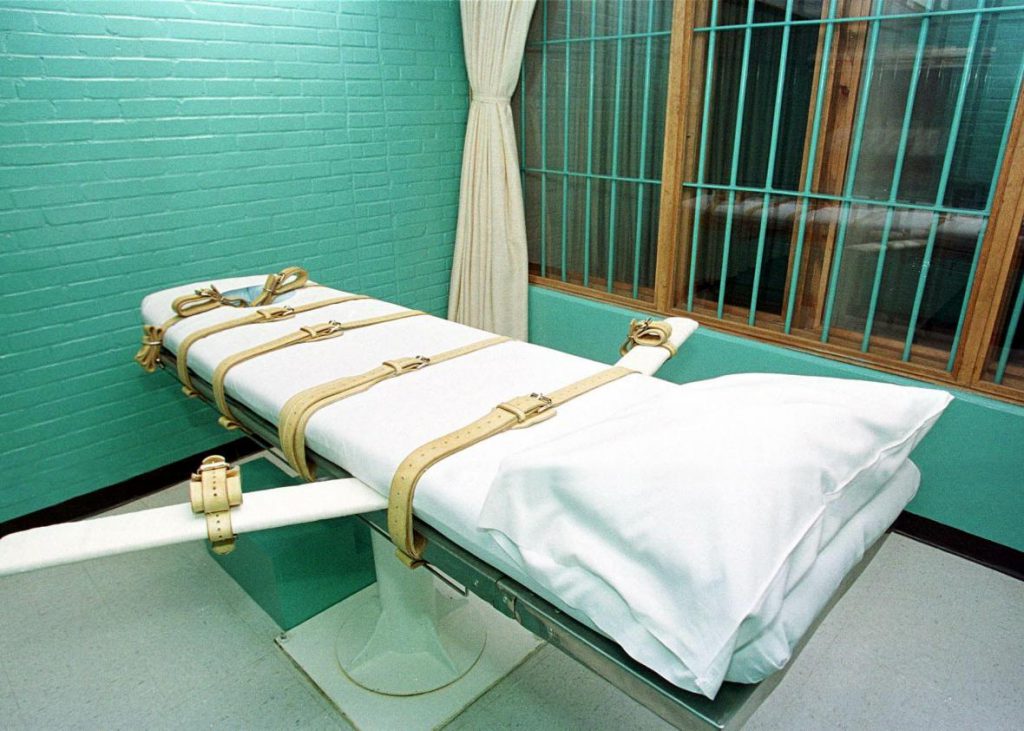 On April 29, 2014, the state of Oklahoma tortured Clayton Lockett to death. An anonymous executioner, carrying out a death penalty sentence, attempted to administer a secret three-drug cocktail, starting with a chemical designed to render Lockett unconscious. The executioner then added a drug to paralyze Lockett, and another to stop his heart—both of which would cause a conscious person immense pain, a sensation of asphyxiation and burning. Unfortunately, Lockett was conscious: The first drug was improperly administered. Lockett tried to rise up from the table but could only raise his head. “Oh man,” he said. “I’m not … something’s wrong.” Then he began to buck and writhe. Prison officials closed the curtains to hide the scene from witnesses. Thirty minutes later, Lockett was declared dead.
Lockett’s family sued Oklahoma and Lockett’s executioner for violating Lockett’s Eighth Amendment right to be free from “cruel and unusual punishments.” On Tuesday, the U.S. Court of Appeals for the 10th Circuit tossed out the lawsuit, ruling that Lockett’s lengthy torture was not “cruel and unusual,” but rather “an innocent misadventure.” The ruling is especially disturbing on the heels of a decision by the 8th Circuit allowing states to continue keeping their execution drugs secret. Together, these rulings effectively guarantee that there will be more botched executions in America—and that the victims of this torture and their families will have no legal recourse.
The 10th Circuit rooted its ruling in the fact that “some risk of pain is inherent in any method of execution,” no matter “how humane” it may be. “Simply put,” the court insisted, “the Eighth Amendment does not require the avoidance of all risk of pain in carrying out executions.” Instead, the Constitution simply forbids “the deliberate infliction of pain for the sake of pain.” To bolster this proposition, the court cited a Supreme Court decision from 1890, which is almost comically out of step with modern death penalty jurisprudence.
“Everyone acknowledges that Lockett suffered during his execution,” the court then conceded. “But that alone does not make out an Eighth Amendment claim.” In this case, the court concluded, the state had not intentionally tortured Lockett, but simply embarked upon an “innocent misadventure.” This “isolated mishap” did not violate Lockett’s constitutional rights, and his family’s lawsuit must thus be dismissed.
Although lethal injection was designed to be a humane alternative to more gruesome forms of execution, it has proved to be flawed and unreliable. Lethal injection has the highest rate of botched executions, and when the procedure goes awry, the agony inflicted on the inmate is indescribably severe.