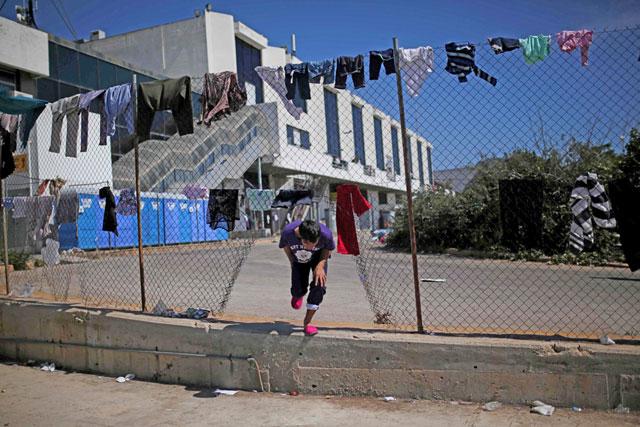 A Syrian migrant drowned in the Tisza river last week as he was trying to cross from Serbia to Hungary, police said on Monday, and the U.N. refugee agency blamed Hungary for adopting a policy that forced many migrants to take hazardous routes.
Police confirmed the death of the 22-year-old man in a reply to Reuters after the UN High Commissioner for Refugees issued a statement calling for an investigation into the accident.
Human rights groups have heavily criticised a vote by the Hungarian parliament to force all asylum seekers into detention camps as the country’s prime minister, Viktor Orbán, called migration “a Trojan horse for terrorism”.
The asylum seekers will be kept in converted shipping containers while they wait for their cases to be heard via video-link as part of measures Orbán said were designed to save Europe. He considers the migrants, many of whom are Muslims, as a threat to European Christian identity and culture.
The measure was fiercely opposed by civil liberties groups in the country and some socialist MPs but was nevertheless passed overwhelmingly by 138 votes to six with 22 abstentions. Support came from Orbán’s Fidesz party and the far-right Jobbik.
Amnesty International, one of a consortium of seven civil rights groups to protest against the new regulations, said the proposals would breach EU law and the refugee convention. “Dumping all refugees and migrants into containers isn’t a refugee policy it’s avoiding one,” the group said in a statement, denouncing the Hungarian moves as a “flagrant violation of international law.”
Gauri van Gulik, Amnesty’s deputy director for Europe, said: “Rounding up all men, women and children seeking asylum and detaining them months on end in container camps is a new low in Hungary’s race to the bottom on asylum seekers and refugees.”
Amnesty called on the European Union to take action against Hungary’s “illegal and deeply inhumane measures.”
The United Nations refugee agency said the new law “violates Hungary’s obligations under international and EU laws, and will have a terrible physical and psychological impact on women, children and men who have already greatly suffered.”
Asylum seekers in Hungary, which hundreds of thousands entered in 2015 in the hope of reaching western Europe, can at present be held for up to four weeks if they are apprehended within five miles of the border, but the new rules remove the time limit and will apply countrywide. Unaccompanied minors below the age of 14 will be put in the care of the country’s child protection services.
Source: https://www.theguardian.com/world/2017/mar/07/-hungary-to-detain-all-asy…