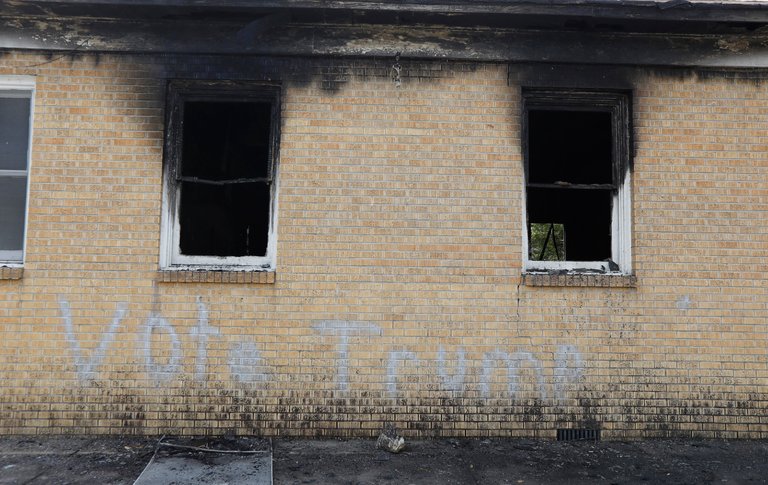 A predominantly African-American church here was badly burned on Tuesday evening, with the words “Vote Trump” spray-painted on the side of the building, an episode that comes amid rising concerns over possible violence in the final days of a polarizing and racially charged presidential race.
Mayor Errick D. Simmons of Greenville said that firefighters, responding to a call around 9:15 p.m., discovered the Hopewell Missionary Baptist Church “engulfed in flames.” Fire Chief Ruben Brown said the blaze took about an hour to fully extinguish. The church sanctuary was heavily damaged by heat, fire and smoke, he said.
By Wednesday evening, Mr. Brown said investigators had concluded that the fire was “definitely arson” after discovering “some type of solvent or flammable substance” inside. And Police Chief Delando Wilson said a “person of interest” was being interviewed by authorities “to see if this person was an active participant in this crime, or to rule them out from being a participant.”
The 200-member church has been a fixture for more than 110 years in Greenville, a Mississippi Delta city of about 32,000. “Our hearts are broken but are not angry,” Carolyn Hudson, the church pastor, said at a news conference called Wednesday by city officials. “But hearts are broken, and we are saddened by what has happened.”
No one was injured in the attack.