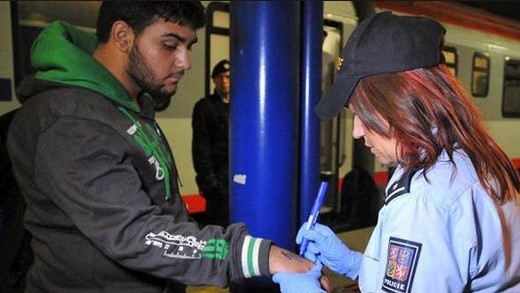 The Czech Republic announced that it allowed refugees coming from Hungary to go to Germany. In a statement to CTK news agency, the police spokesperson Katerina Rendlova stated that refugee names were registered and they were taken to the train station on condition that they left the country in 7 days.
So far, refugees arriving in the Czech Republic were gathered in temporary camps to be sent to where they came from. In accordance with the Dublin Agreement in the EU, they were sent back to the EU country where they first arrived.