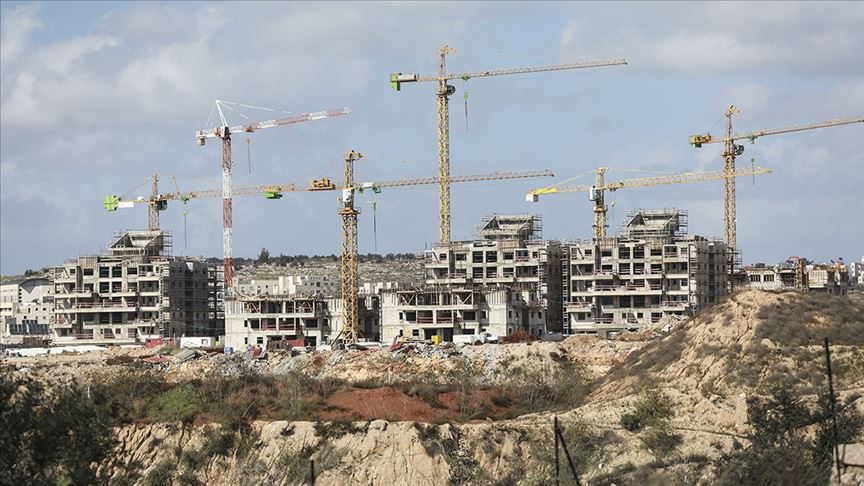 Israeli settlers attempted to establish more than 15 settlement outposts in separate areas of the West Bank during the last three months, a Palestinian official said Wednesday.
Walid Assaf, head of the official Colonization and Wall Resistance Commission, explained to Anadolu Agency that local Palestinians foiled most of the attempts to build outposts which are being established with the ultimate aim to turn them into illegal settlements.
“More than 15 outposts have been established in the last three months, some of which have been removed,” Assaf said.
Assaf revealed the settlers have recently moved to establish their outposts in areas that the Israel considers “government land.”
He pointed out the latest move took place on Tuesday when the settlers stormed two sites in the West Bank, one of which was an army camp turned into a settlement in Sanur village south of Jenin city, while the other site is located near Bethlehem.
Assaf stated the first site was called Tarsala, and it was used by the occupying Israeli army and the settlers before withdrawal from it in 2005 in line with the unilateral withdrawal from the Gaza Strip.
As for the second site, Assaf said it is located in the town of Battir, west of Bethlehem, where the settlers set up a tent weeks ago. Locals forced the settlers to demolish it, but on Tuesday they rebuilt it again.
“There is often no point in going to the Israeli judiciary to remove these outposts,” he said, asserting the only effective way to stop such attempts is the action by local Palestinians.
Source: AA