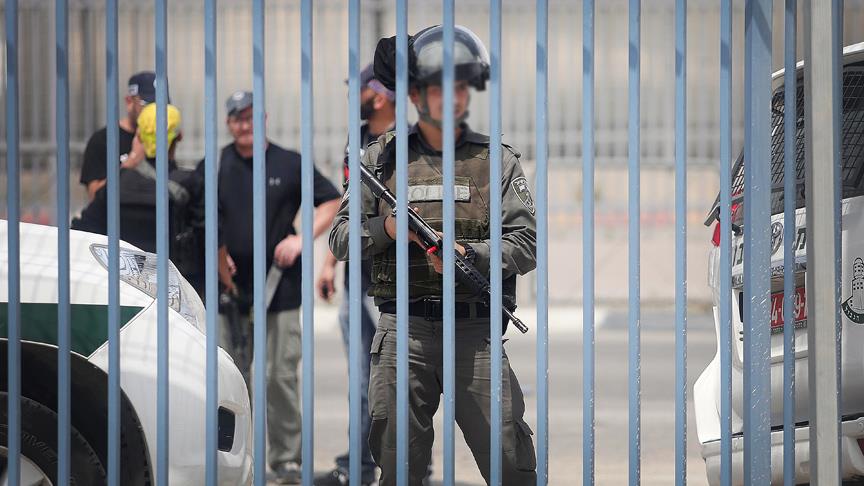 An Israeli court on Wednesday sentenced a 16-year-old Palestinian girl to 13-and-a-half years in prison for allegedly trying to stab an Israeli last year, according to a Palestinian NGO.
The Palestinian Prisoners’ Society said in statement that Jerusalem’s district court had sentenced Nurhan Awwad, 16, to 13-and-a-half years behind bars — and a fine of almost $8,000 — for an alleged knife attack in Jerusalem in November of last year.
“Nurhan was shot and arrested [at the scene of the alleged attack],” the NGO said, “while her cousin, Hadil Awwad, was killed [by police at the scene].”
According to official Palestinian figures, more than 7,000 Palestinians — including 350 minors — are currently languishing in prisons throughout Israel.
In a related development on Wednesday, two Palestinian prisoners — Ahmad Abu Fara, 29, and Anas Shadid, 19 — entered their 60th day on hunger strike to protest their ongoing “administrative detention” in Israeli jails, according to the same NGO.
The prisoners’ society said a statement that the health of the prisoners — both of whom are being held at Israel’s Assaf Harofeh Medical center near Tel Aviv — was rapidly deteriorating.
“The two hunger-strikers refuse to undergo medical examinations or take any vitamins or salt supplements,” the NGO stated.
“They have both lost much weight and are suffering headaches, chest pain and low heart rates,” it added.
Under Israel’s policy of “administrative detention”, prisoners can be held for up to one year without charge or trial.
Of the 7,000 Palestinians currently imprisoned in Israel, roughly 700 are being held in administrative detention, according to Palestinian figures.