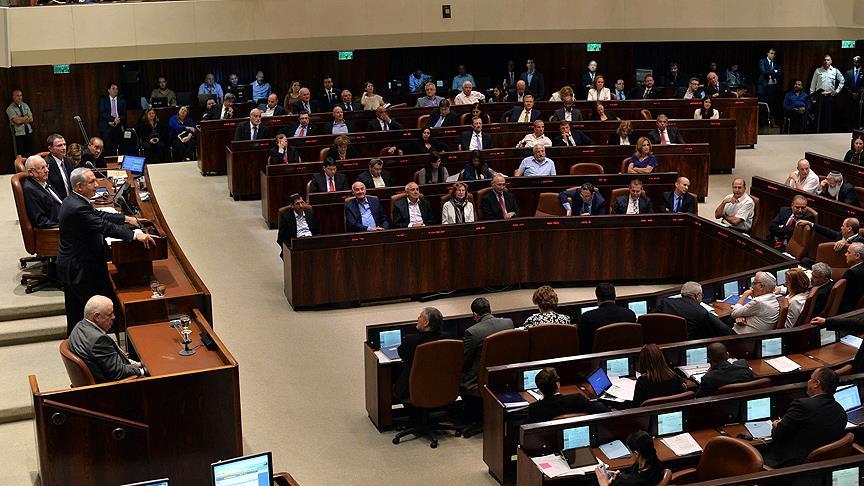 The Israeli Knesset (parliament) on Monday evening passed the preliminary reading of a controversial bill that would legitimize illegal settlements in the occupied West Bank.
The measure, known as the Regulation Bill, was approved by 60-49 votes after a raucous debate.
It must now pass three additional votes by the Knesset before it becomes law.
The bill is reportedly opposed by Prime Minister Benjamin Netanyahu and Attorney General Avichai Mandelblit.
The bill was put to vote after Netanyahu and Education Minister Nafatli Bennet reached a compromise on removing a clause that calls for legalizing the Amoun outpost, which is scheduled to be dismantled later this month.
Last month, Israel’s High Court rejected a government request to delay the demolition of the outpost, which is built on Palestinian land in the West Bank.
If passed into law, the bill would see thousands of Palestinian lands seized and retroactively legalize illegal settlements in the West Bank.
Following Monday’s vote, Mandelblit said the bill still contravenes Israeli and international law.
Israeli opposition leader Issac Herzog also decried the bill, saying it would lead to the creation of a bi-national state.
“This dispute will be remembered as a black day in the Knesset,” he said.
Last month, the United States said it was “deeply concerned” by the bill.
“If this law was enacted, it could pave the way for the legalization of dozens of illegal outposts deep in the West Bank,” State Department spokesperson Elizabeth Trudeau said.
“This would represent an unprecedented and troubling step that’s inconsistent with prior Israeli legal opinion and also break long-standing Israeli policy of not building on private Palestinian land.”
International law considers all Jewish settlements in the West Bank illegal.