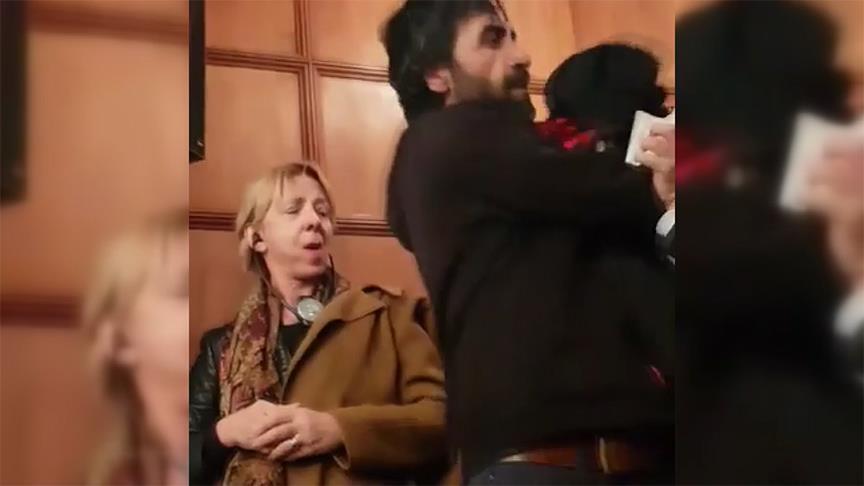 terrorists attacked the home of a Swiss-Turkish family in Zurich on Sunday, the victim told Anadolu Agency.
Mehmet Cek said the culprits harassed his wife and two children for more than 20 minutes when he was not at home.
He received a call from his wife on Sunday while he was participating at a rally in front of the Consulate General of Zurich to protest the deadly terrorist attack in Istanbul the previous day.
“PKK members hit the house’s door. My wife, my 9-year-old and 14-year-old children were harassed by knocking at the door for 20 minutes,” he said. “After my wife reached me, I called the police. When I came to my house, the police were investigating,” he added.
Cek said the family was shaken by the incident but police would return Monday to continue their investigation.
He believes the trouble began when he tried to question Can Dündar, who fled Turkey for Germany while awaiting the outcome of an appeal trial after he was accused of revealing state secrets.
Cek said PKK supporters physically attacked him and did not allow him to speak to the fugitive journalist at a panel discussion at the University of Zurich.
“Mr. Dündar, you could fool this community, but the people of Turkey know you, the people of Turkey know what kind of low you are, what kind of a traitor you are,” he said he wanted to tell Dündar.
The PKK is listed as a terrorist organization by Turkey, the U.S. and the EU. It resumed its decades-old armed campaign in July last year against the Turkish state.
More than 300 civilians and nearly 800 security personnel have since been martyred. Around 8,000 PKK terrorists have been killed or apprehended.