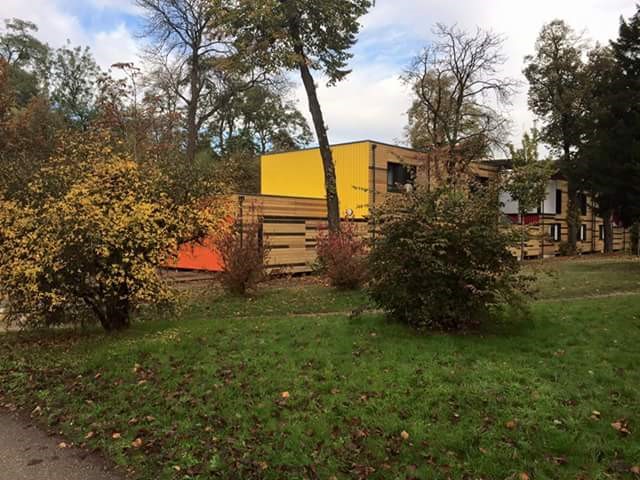 ANTI-IMMIGRANT arsonists are suspected of trying to burn down a ‘new Sangatte’ centre for the homeless in one of the most upmarket areas of Paris.
The attack on the £4m buildings – which opened in the 16th arrondissement on Saturday – happened while families were inside, including young children.
It is the second attack on the centre and follows the French authorities destroying a series of illegal camps across the city, many containing UK bound migrants.
Thomas Lauret, a Socialist councillor, said: “I strongly condemn the arsonists who again tried to damage the centre for the homeless in the 16th last night, inauguration day.
“The individuals reportedly threw inflammable products inside and tried to set fire to the partially occupied centre.”
Mr Lauret used Twitter to condemn ‘these odious acts’ and called for the attackers to be arrested.
There were a total of 27 adults and 24 children inside at the time, and all had to be evacuated.
The 16th arrondissement of Paris is one of the most desirable – and wealthiest – in the French capital.
It is the third richest district in the whole of France for average household income, and includes embassies, prestige museums and art galleries.
Multi-millionaires who live there include heiress Carla Bruni, who is also a supermodel, pop singer, and the third wife of former French president Nicolas Sarkozy.
Russian oligarchs, Arab oil tycoons and dotcom billionaires regularly purchase property there, as well as more traditional French families who are attracted by the parks and leafy avenues.