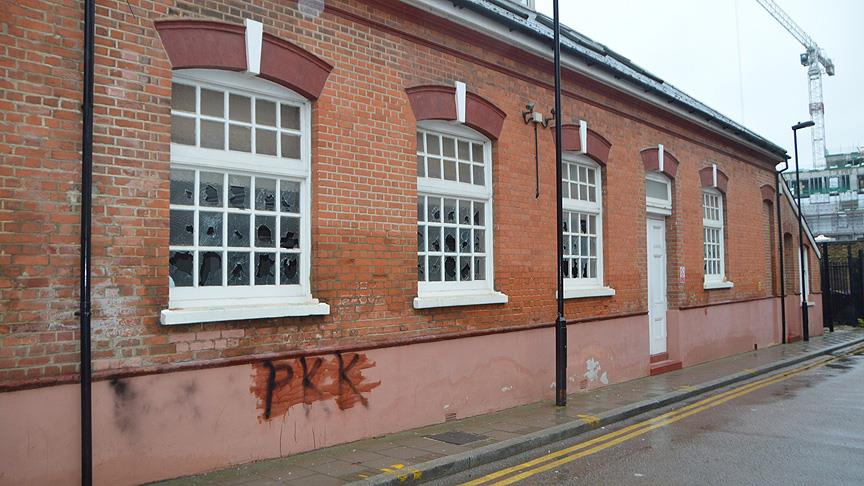 British police confirmed on Wednesday they had launched an investigation after suspected PKK sympathizers vandalized a Turkish mosque in London.
The London Diyanet Mosque in Hornsey, north London, came under attack on Tuesday night. Attackers — who were recorded on CCTV — threw stones, broke windows and wrote terrorist slogans on the building’s walls.
The initials “PKK” and anti-Turkish slogans were daubed on the property.
The Metropolitan Police confirmed to Anadolu Agency detectives in Haringey were probing an incident of “racially aggravated graffiti” and appealed for information.
PKK sympathizers attacked two Turkish citizens during a march in central London last Saturday and attacked Turkey’s London embassy with stones and eggs a day before.
Mosque officials, who preferred to remain anonymous due to safety concerns, told Anadolu Agency police responded to their calls following the attack.
A mosque official said: “We are pleased with police’s fast response. The CCTV shows a group of people with masks on their face and the police are now investigating the incident.”