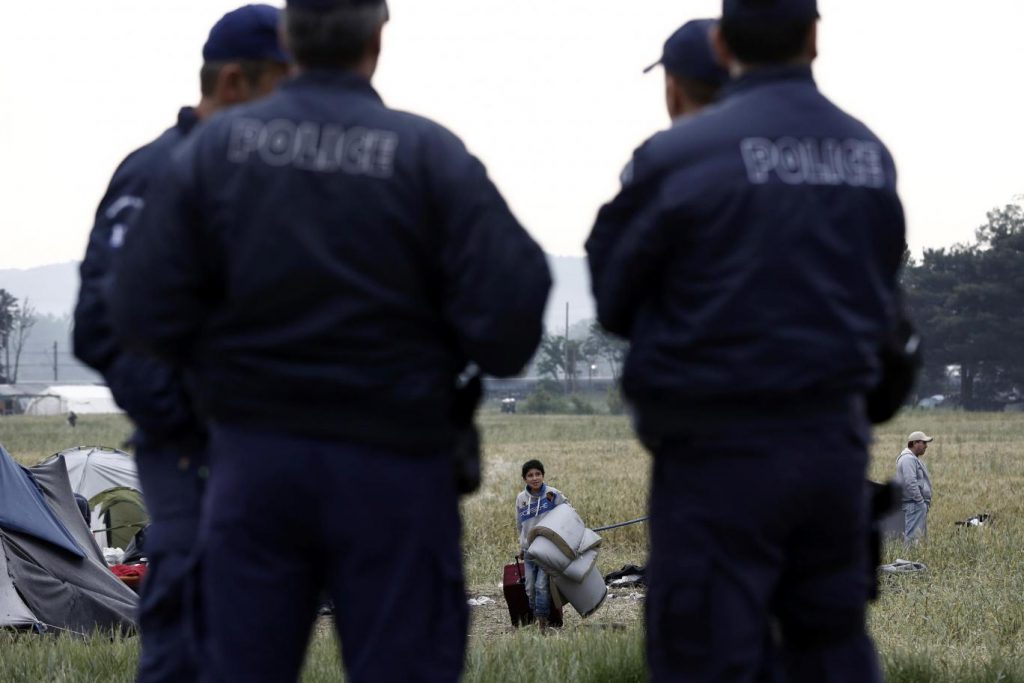 Five Syrian refugee children have been arrested and detained in Greece after they were found carrying plastic toy guns on their way to perform in a children’s play.
The boys, aged between 12 and 16, were seized “on suspicion of being members of an armed group”, and then allegedly detained, beaten and forced to strip naked.
International organisations have since condemned Greek police over the alleged misconduct. Amnesty International has accused Greek officers of committing human rights violations against children, describing the incident as “disturbing”, while Save the Children said the incident served as a “reminder of the risks child refugees are facing every day in Greece”.
The children, who were due to perform in a production about the Syrian conflict at a local cultural centre, were carrying their costumes and toy guns in a carrier bag when they were detained on the afternoon of 27 September.
They were stopped and searched by four police officers on motorbikes, who then called more officers for support.
The children were then taken to Omonoia police station along with two older Syrian refugees, aged 24 and 21, who had been walking to the cultural centre with them.
The children’s lawyer, Electra Koutra, has given an account of how the children said they were ill-treated in custody, verbally abused and forced to undress by two police officers.
Ms Kourta wrote in her full account published on Facebook: “The children were taken to a secluded room by two policemen, where they were asked to undress completely.
“When two of them refused to remove their underwear, police exercised physical violence on them, after which the one succumbed and removed it, while the other continued to object and, as a result, had his underwear forcibly removed.
“A third child also suffered physical violence, was made to bend while naked and four were asked to turn around themselves while naked more than once, so that the policemen would have the chance to have a good presentation and look of their child bodies and genitals.
“The last child in the row started crying and asking for his mother. The others advised him to undress, in order to not get beaten too. After that, they were asked to dress and were subsequently photographed by use of a policeman’s cellphone, as a group and each one separately.
“They remained in a state of deprivation of freedom for more than six hours, amongst adult drug users and criminal adductors. As for water, they were advised, when they begged for it, to go drink directly from the police station’s toilet which was impossible to approach because of the filth and odour. They were not allowed to use their cellphones for calling their parents.”
After the children were released, volunteers reportedly asked police how they could report the incident, but were turned away. Later the children returned to the police station with their parents and a lawyer demanding to lodge a lawsuit.
Following a number of interviews and referrals between different services – which Ms Koutra said took several hours – they were reportedly informed that the Childrens’ Department of the Central Police Directorate would take over the case.
The minister of public order in Greece said the public prosecutor has ordered a criminal investigation into the incident, but said he would not “rush to a conclusion” while the investigation is still underway.