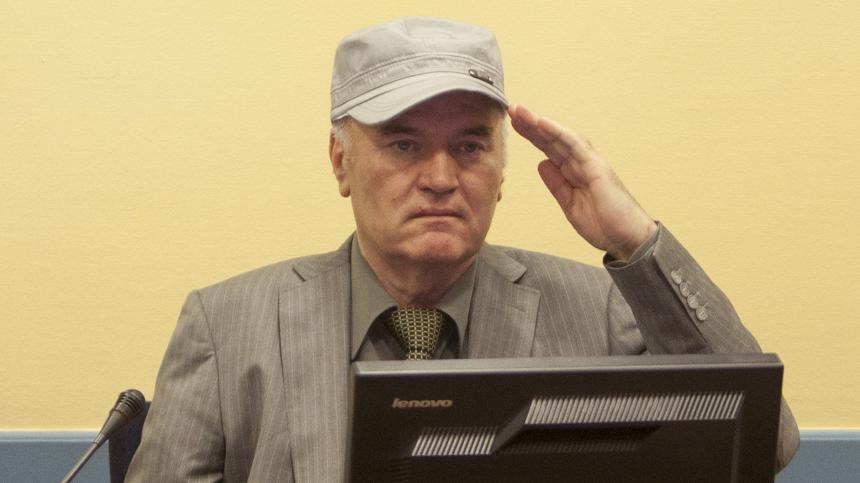 In the final day of closing arguments at former Bosnian Serb military chief’s trial at the International Criminal Tribunal for the Former Yugoslavia in The Hague on Tuesday, the defence refuted the charge that Ratko Mladic’s troops terrorised the population of Sarajevo during the 1992-95 siege of the city.
Mladic’s defence lawyer Dejan Ivetic argued that idea that Bosnian Serb forces operated a reign of terror was fabricated by the Bosniak authorities to win international sympathy.
He quoted a report from the UN peacekeeping force UNPROFOR report which said that “the shelling has been significantly reduced… but the authorities continue creating a myth that the city is bombed”.
Ivetic claimed that perpetuating the ‘myth’ was so important that the Bosniak side “shelled and sniped at its own people”.
Contrary to the accusations, the Bosnian Serb Army was “careful not to attack civilians”, he insisted.
He said that the Bosnian Army had an obligation to “separate civilians from military facilities”, but did not do that, and indeed prohibited civilians from leaving the city.
Ivetic did not deny that “a large number of grenades” were fired at Sarajevo, but argued that Bosnian Serb Forces responded to Bosnian Army attacks from inside the city proportionally.
“A complete cessation of hostilities in Sarajevo was the main military goal,” he said.
Mladic is accused of terrorising the population of Sarajevo during the 44-month siege of the Bosnian capital, the genocide of Bosniaks from Srebrenica in 1995, the persecution of Bosniaks and Croats throughout Bosnia and Herzegovina, which allegedly reached the scale of genocide in several other municipalities in 1992, and taking UN peacekeepers hostage.
The defence also argued that Fadila Tarcin, the only surviving witness presented by the Hague Tribunal’s prosecution at the trial, was severely wounded by a grenade fired by Bosniak leader Alija Izetbegovic’s forces and not the army under Mladic’s command.
“It seems as if the prosecution tries to conceal the crimes committed by Izetbegovic’s forces,” Ivetic said.
The defence lawyer accused Izetbegovic of being responsible for the outbreak of the war in Sarajevo, reminding the court that the Bosniak leader once said that he was “ready to sacrifice peace for a sovereign Bosnia and Herzegovina”.
According to Ivetic, Izetbegovic’s forces used the presence of civilians in the capital to protect themselves, hiding their command premises in shops and post offices, opening workshops for weapons repair in residential buildings and basements and training recruits in elementary school buildings.
Ivetic also said there was no joint criminal enterprise aimed at terrorising the city’s population.
He insisted that the prosecution’s allegation that Mladic deprived civilians in Sarajevo of humanitarian aid, water, electricity and gas was “a conspiracy theory”.
The closing arguments continue.