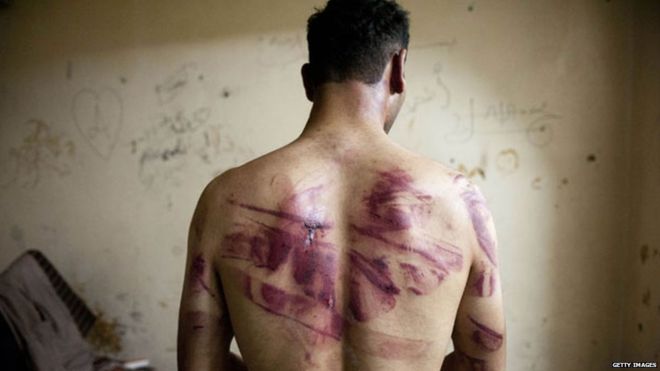 Nearly 18,000 people have died in government prisons in Syria since the beginning of the uprising in 2011, according to Amnesty International.
A new report by the charity, based on interviews with 65 “torture survivors”, details systematic use of rape and beatings by prison guards.
Former detainees described so-called welcome parties – ritual beatings using metal bars and electric cables.
The Syrian government has repeatedly denied such allegations.
The report estimates that 17,723 people died in custody across Syria between March 2011, when the uprising against President Bashar Assad began, and December 2015 – equivalent to about 10 people each day or more than 300 a month.