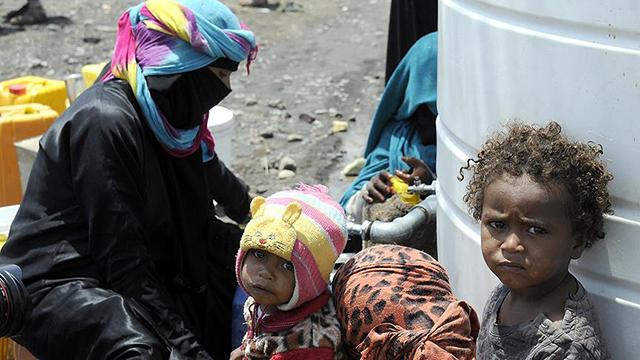 The Yemeni Red Crescent Society (YRCS) with the support of the International Committee of the Red Cross (ICRC) provided ambulance services to evacuate the wounded and the dead, and the ICRC is supporting two hospitals with emergency medical supplies that are receiving a very high number of injured people, with numbers increasing throughout the day.

The ICRC is deeply concerned about the intensification of hostilities over recent days, including attacks against cities across Yemen, in Saudi Arabia and in the United Arab Emirates, and deplores the human toll this escalation has caused.

“It is essential that we protect the lives of people in armed conflict. The human toll that we witness in Yemen is unacceptable,” states Fabrizio Carboni, ICRC’s regional director for the Near and Middle East.

“Civilians living in densely populated areas have been exposed to increased attacks, causing death and injury and deepening the psychological trauma among the affected communities after seven years of war,” he explains.
The ICRC calls on the parties to the conflict in Yemen to spare civilian life, property and infrastructure that is essential for the survival of the population. This includes hospitals, schools, residential buildings, installations supplying the populations with water and electricity, transportation infrastructure as well as prisons and other places of detention.

Like civilians, detainees are protected under international humanitarian law; every effort must be taken to ensure that they do not become victims of the ongoing hostilities.

“The lack of a credible peace process increases the chances that a similar tragedy will occur again,” said Fabrizio Carboni. “Only negotiations in good faith, based on guarantees for the Yemeni people, will increase prospects for a better future.”