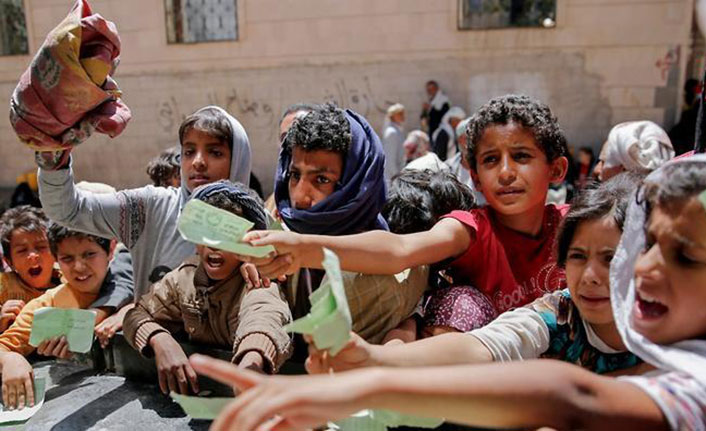 Yemen’s humanitarian crisis continues to be “the world’s worst” according to Mr. Elder, who said that it “represents a tragic convergence of four threats: a violent and protracted conflict, economic devastation, social services on the brink of collapse, including health, nutrition, water sanitation, education, protection; and a critically underfunded UN system”.

According to UNICEF, more than 11 million children, (four in five) are in need of humanitarian assistance in Yemen. Some 400,000 children suffer from severe acute malnutrition, more than two million are out of school and two-thirds of teachers, (more than 170,000), have not received a regular salary for more than four years.

Some 1.7 million children are also now internally displaced and 15 million people (more than half of whom are children) do not have access to safe water, sanitation, or hygiene.

“At current funding levels and without an end to the fighting, UNICEF simply cannot reach all these children. There’s no way to say this simply without international support, more children, those who bear absolutely no responsibility for this conflict will die,” Mr. Elder warned.

$235 million needed
UNICEF “urgently needs $235 million to continue its lifesaving work” until mid-2022, Mr. Elder said, while emphasizing that the organization has made a positive impact.

It has also delivered COVID vaccines through the UN-partnered COVAX initiative, provided psychosocial support, mine risk education and direct assistance for the most vulnerable children, and trained and deployed thousands of community health workers.

This year alone it has helped 620,000 children access formal and non-formal education and provided vaccines for preventable diseases – including a polio campaign that reached more than five million children.