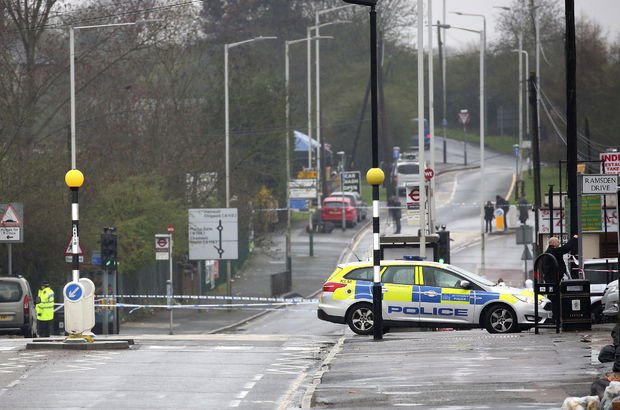 Police have recorded a record number of rape offences in England and Wales, according to official figures.

Although there was a fall in overall crime levels driven by coronavirus restrictions, the Office for National Statistics said recorded sexual offences had increased by 8%.

“Rape accounted for 37% of all sexual offences recorded by the police. The number of rape offences in the year ending June 2021 was the highest ever recorded annual figure to date (61,158 offences),” said a report published on Thursday.

The ONS said the record was driven by a large increase between April and June, in which there were 17,300 rape offences, compared with a quarterly average of between 12,000 and 15,000.

The increase may reflect “a number of factors, including the impact of high-profile cases and campaigns on victims’ willingness to report incidents”, rather than solely an increase in the number of rapes committed.

The rape and murder of Sarah Everard in March prompted a national debate over women’s safety, sexual violence and the response of police and prosecutors.

Nick Stripe, the head of crime statistics at the ONS, said some caution should be exercised when interpreting the figures.

“Prior to the pandemic, the number of police-recorded sexual offences was well below the number of victims estimated by the Crime Survey for England & Wales, with fewer than one in six victims of rape or assault by penetration reporting the crime to the police.

The number of domestic abuse-related crimes also rose by 6% in the year, to almost 850,000 offences.

The ONS said under-reporting made it difficult to determine the true level of domestic abuse in England and Wales, but data from support services suggests it intensified during lockdown periods.

Other crimes, such as theft, were reduced during periods of lockdown as social contact was limited and people stayed at home. But falls in the incidence of these crimes were offset by a large increase in fraud and computer misuse offences, driving an overall rise in crime over the course of the year.

The ONS said it was “difficult to determine” the levels of domestic abuse in the country using police recorded data because of changes in the way the crimes are reported, so “we cannot conclude whether there has been an increase in the number of victims of domestic abuse”. It added: “Data from victim services suggests that experiences of domestic abuse may have intensified during periods of national lockdown and that victims faced difficulties in safely seeking support under these conditions.”

Reports of fraud and hacking continued to rise – something the ONS previously suggested was due to criminals taking advantage of behavioural changes during the pandemic when many took to online shopping when there were restrictions on movement.

In the latest period Action Fraud, the national fraud and cybercrime reporting centre, reported a 36% rise in fraud offences. The data showed a 34% increase in “online shopping and auctions” fraud in the latest year (from 70,761 to 94,795 offences) and a 51% increase in “financial investment fraud” (from 14,685 to 22,200 offences), the ONS said.