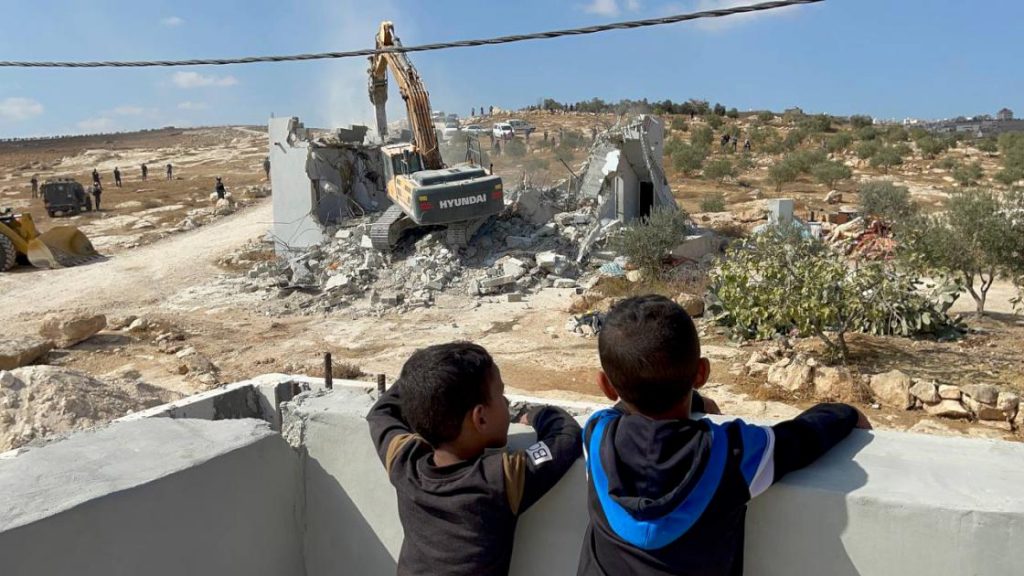 In the report prepared by the United Nations Office for the Coordination of Humanitarian Affairs (OCHA), information was presented about Israel’s destruction and confiscation of Palestinian property in East Jerusalem and the West Bank within two weeks.

The report included information that the Israeli authorities demolished or confiscated 22 Palestinian homes on the grounds that they were “unlicensed”.

The report also stated that 13 people were displaced and more than 1,400 people affected in terms of livelihoods or service opportunities due to demolitions carried out from 19 October to 1 November.

Israel demolishes Palestinian homes and buildings in East Jerusalem and the West Bank, which it occupied in 1967 for various reasons.

In the framework of the “Second Oslo Agreement” signed between Palestine and Israel in 1995, the occupied West Bank was divided into areas “A”, “B” and “C”.

Its security was also transferred to Israel, while “Area C” covers 61 percent, leaving its management and security to Israel.