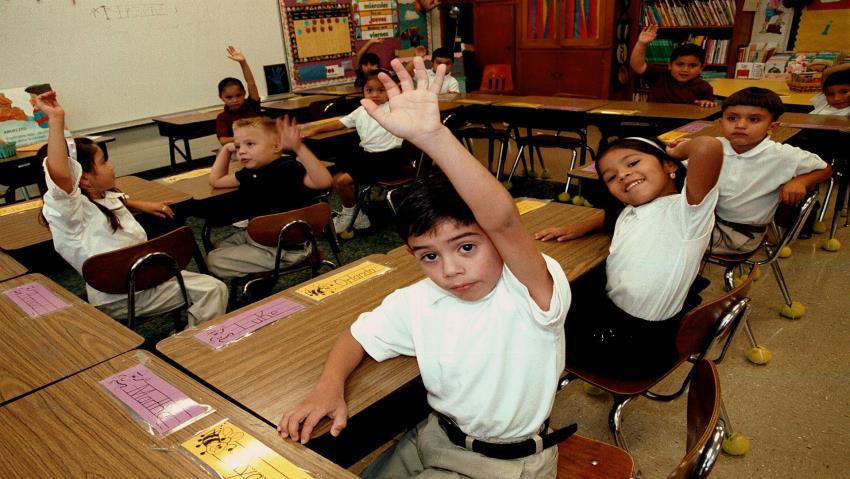 A 5-year-old nursery schoolchild was grabbed by the neck and called a “bad Muslim boy” by his teacher in North Carolina, the Council on American Islamic Relations (CAIR) said in a letter to authorities.
In a letter sent to the public school system in Charlotte, North Carolina on Monday, CAIR lawyer Maha Sayed, said harsh treatment by a teacher at David Cox Road Elementary School made a Muslim child fearful of coming to school.
“For example, she [the teacher] would routinely single out (the child) from his classmates and require him to carry a heavy backpack throughout the day … which caused (him) to develop significant back pain,” Sayed wrote in the letter dated Monday.
The boy’s mother had a meeting about his treatment with the principal and guidance counselor, and the principal placed him in another teacher’s classroom in October, according to the letter.
However, the boy continued to encounter the teacher he had complained about, according to Sayed.
On November 16, the teacher in the complaint approached the boy in his new classroom, “grabbed him by the neck and began choking him,” Sayed writes, noting that the boy was “crying and extremely shaken” afterward.
The letter says that the boy’s new teacher had to separate him from the teacher who grabbed him.
Jibril Hough, spokesman for the Islamic Center of Charlotte, said the allegations are all the more shocking because they involve someone in a leadership role over children.
“Teachers have to stand up,” he said. “The people in leadership have to stand up and squash it and don’t allow it.”
Charlotte-Mecklenburg Schools spokeswoman Renee McCoy said the district is investigating the incident and takes the allegations detailed by CAIR’s letter to school officials seriously.
The letter asks for an investigation and disciplinary action against the teacher, possibly including termination or rescinding her teaching license.
Earlier this month, a teacher in Phoenix, Arizona told an 11-year-old Muslim refugee that she couldn’t wait for Donald Trump to be elected because he was going to deport the child.
Faye Myles, a teacher at the Academy of Excellence school said: “I can’t wait until Trump is elected,” according to a complaint filed by the American Civil Liberties Union (ACLU).
“He’s going to deport all you Muslims. Muslims shouldn’t be given visas. They’ll probably take away your visa and deport you. You’re going to be the next terrorist, I bet.”