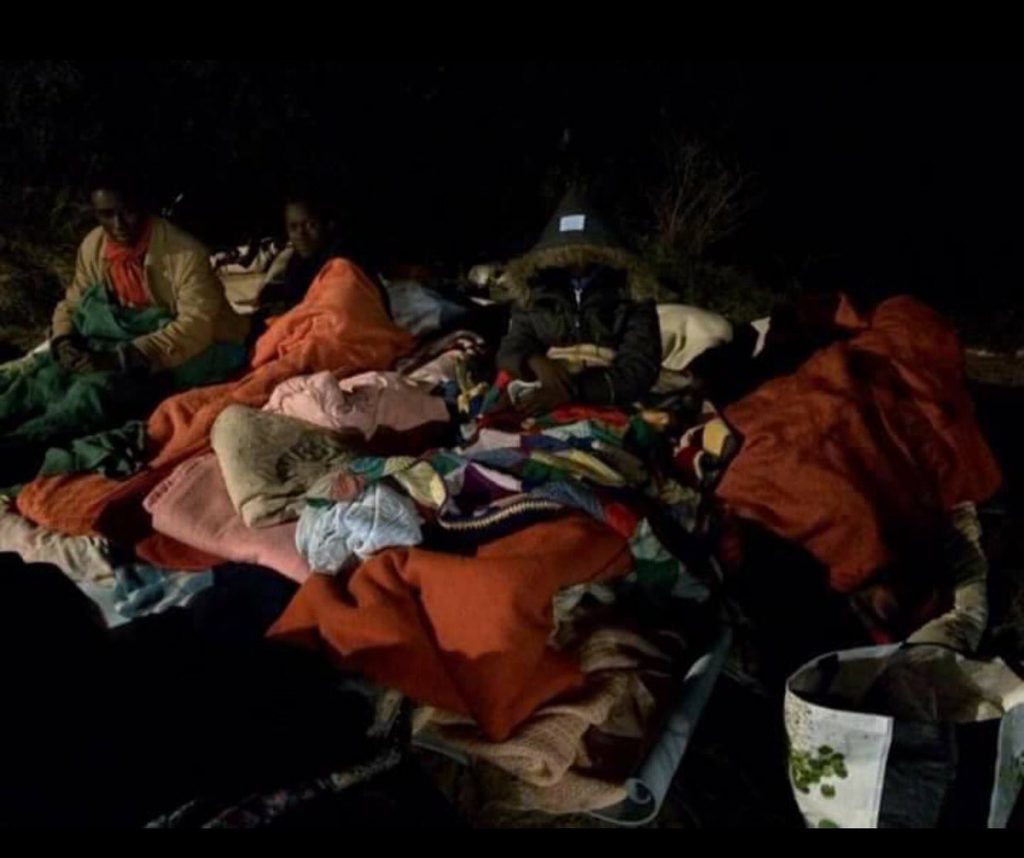 Children have been sent back to a demolished and burning campsite in Calais despite French authorities declaring the “jungle” had been emptied.
Aid organisations have told The New Arab that dozens of children who were turned away when the registration office closed at 12.15pm on Wednesday were left with no choice but to go back to the “dangerous” camp where bulldozers have torn apart wooden shacks and tents are ablaze.
A French official had said the camp would be cleared by Wednesday nightfall.
Speaking from Calais, Save the Children spokeswoman Valentina Bollenback told The New Arab: “The situation really is dire.
“We currently know that there are at least 100 children who have not been registered. The container that was allocated for them to sleep in is full and the camp is on fire.”
Some 1,000 unaccompanied children in the “jungle camp” were due to be registered by French and British authorities at an office a mile away from the tents.
Dozens have been queuing since 8am to be registered. Children who were seen to had been given wristbands and were either put on a bus to the UK or reception centres in France, or sent to stay in shipping containers converted to shelters.
However many children, without any family, were turned away when the registration office was closed at 12.15pm.
Meanwhile fires have ravaged the camp, reducing shelters to smouldering shells, with gas canisters caught in the flames causing explosions.
Bollenback, who said at least 50 percent of the camp had been scorched by the flames, blamed the situation on a “huge lack of communication”.
Lliana Bird, co-founder of Help Refugees, added: “It’s all very confused. There’s no one telling the children where to go, or chaperoning them. There’s very little in the way of crowd control, so children couldn’t get to the front of the queue for registration. We haven’t been given a reason why registration closed so early.”
Bollenback added that on Tuesday night children were forced to sleep rough under a bridge just outside the camp.
“It’s unacceptable for anyone, let alone an unaccompanied and vulnerable child,” she said.
“They have already made harrowing journeys to reach the Calais camp, they really have lost hope.”
Aid agencies had asked French authorities to delay the demolition until a clear plan was in place to relocate its residents.
“The process to relocate has taken place in a short period,” Bird said. “It’s been a chaotic and stressful demolition.
“It’s not a safe place for a child to be sleeping tonight.”