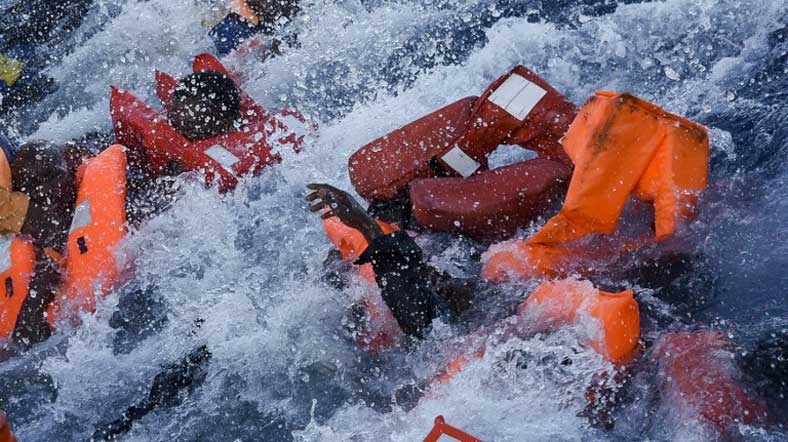 Nearly 100 refugees are feared to have drowned in the Mediterranean Sea after their boat capsized, an international aid organization said Thursday.
According to a tweet by the Italian branch of aid group Doctors Without Borders, at least 27 refugees were rescued by coast guards early Thursday morning.
The authorities retrieved seven bodies; at least 96 other people are still missing, the aid group added.
Migrants from North Africa were trying to reach Italy from Libya through Sicily.
According to the International Organization for Migration, some 4,220 refugees bound for Europe have drowned in the Mediterranean Sea since the current refugee crisis began.