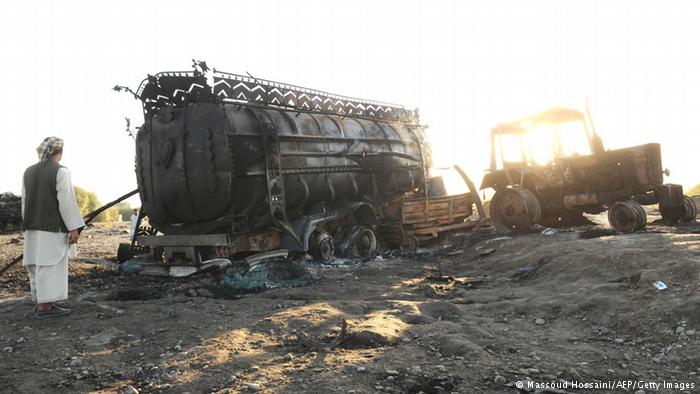 Germany’s top criminal and private court, the Bundesgerichtshof, on Thursday ruled that the state need not compensate relatives of the victims of a 2009 airstrike in Afghanistan called in by a German general.
The strike, against an oil tanker believed to have fallen into insurgent hands, killed around 100 civilians who had gathered around the truck trying to siphon off fuel.
Two survivors of the airstrike had launched legal proceedings against the German state, claiming a combined total of 90,000 euros ($100,630) in compensation. Because international law only grants compensation between states and not individuals, the prosecution accused the German colonel who ordered the attack, Georg Klein, of official misconduct.
By law, German civil servants or their employer are liable to pay damages to victims in the event of “willful or negligent” acts that cause harm. However, the presiding judge Ulrich Hermann ruled that “the actions of civil servants” could not “be equated with the actions of a soldier in a combat situation”.
The prosecution’s lawyer, Karim Popal, had said before the ruling that, should the court reject the compensation claim, he would appeal in the European Court of Human Rights in Strasbourg. One of the claimants, Abdul Hannan, lost both his sons in the attack. The other, Qureisha Rauf, lost her husband.
Following the 2009 attack, the German government paid out $5,000 to each of the victims’ families.