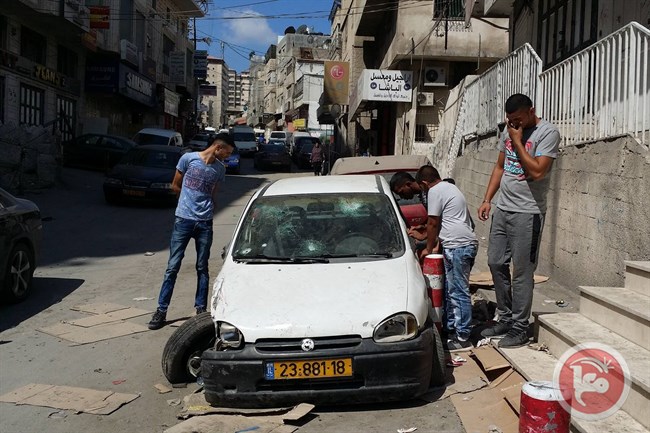 A young Palestinian man, was shot and killed by Israeli police in Shufat Refugee Camp, North West of Jerusalem, at 4 am Monday, after he was out shopping for groceries, Maan News reports.
Mustafa Nimir, 27, was – according to his mother – had been buying baby clothes and food for the family, was killed when his car was ‘showered’ with bullets by the Israeli police, during a raid on the refugee camp. Ali Tayser Nimir, Mustafa’s 25-year-old brother-in-law, was also injured in the attack.
An Israeli spokesperson claimed that the two men had been planning to ram police officers with their car and were part of protests also going on in the Camp at that time.
However, Nimer’s mother told Maan, ‘[Mustafa] said they were bringing us food and new clothes for Ali’s daughter’. She also claimed that the police’s explanation was ‘an excuse to justify killing Palestinians.’
A video of posted on Al Quds Facebook page shows the blood-spattered insides of the car, along with shopping bags on the back seat.
With Nimer’s death, since there has been an uptick in violence in the West Bank with 221 Palestinians and 32 Israelis killed since October.