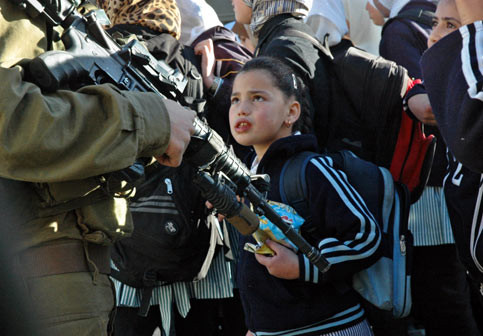 On 27th October, Israeli soldiers in the occupied West Bank threw stones at Palestinian schoolchildren in the village of al-Tuwani. Shared video shows, the soldiers lob stones towards the children, including with a slingshot.
According to the video, they are the ones who are supposed to protect the children from attacks by Israeli settlers in the area. Al-Tuwani is a village in the South Hebron Hills area of the occupied West Bank, where thousands of Palestinians living in dozens of small communities are resisting expulsion or the loss of their land from encroaching Israeli settlements.