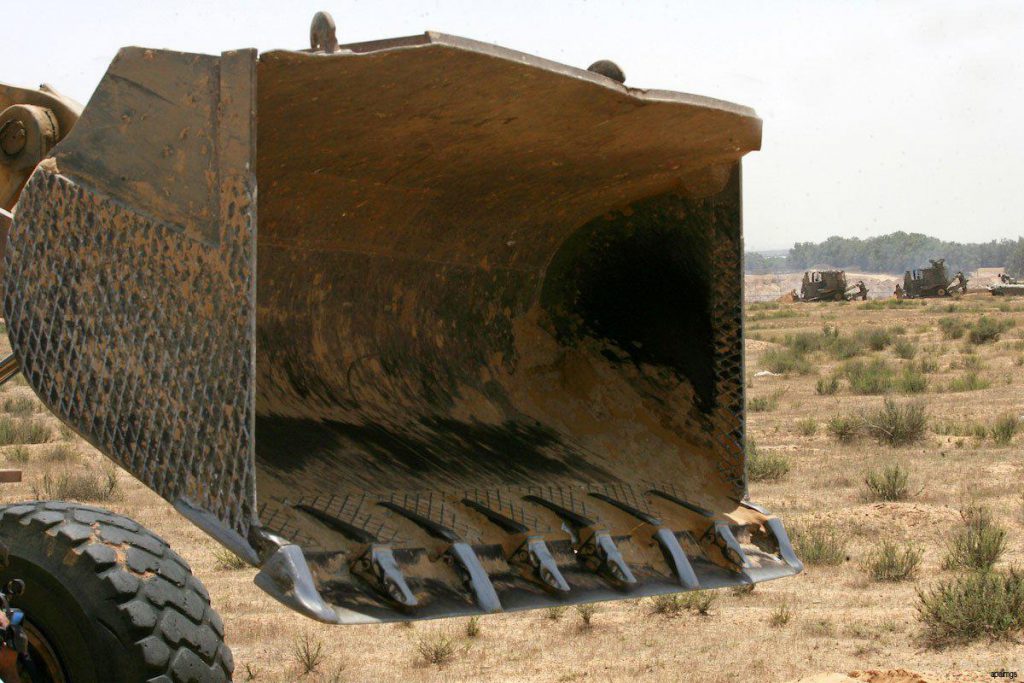 A multi-unit building in the occupied East Jerusalem neighbourhood of Silwan was demolished today, leaving an extended family of 30 Palestinians – mostly children – homeless.
The building was demolished after the Jerusalem municipality rejected the family’s attempts to obtain building permits for nine years.
Early this morning, Israeli municipality and police forces raided Silwan, south of the Old City, and completely surrounded the Al-Jisr area to carry out the demolition of the Jaafreh family home under the pretext that the structure lacked the required Israeli-issued permits.
Issa Jaafreh told Ma’an that Jerusalem municipality workers evacuated residents before starting the demolition.
He said that an officer had also raided the building yesterday to inform him that the demolition would be taking place today.
Jaafreh added that the building was erected 17 years ago, and that the first demolition order was issued against it nine years ago.
The family has attempted to obtain licences during this period, he said, but the municipality refused all attempts until the family was informed of the final demolition order.
The two-level building is comprised of four apartments of 125 square metres each.
Jaafreh, his mother, and his three brothers with their families lived in the building.
He said that a total of 30 members of his family were left homeless by the demolition, and most of them were children.
A Jerusalem municipality spokesperson could not immediately be reached for comment to confirm the details of the case.
Silwan is one of many Palestinian neighbourhoods in occupied East Jerusalem that is seeing an influx of Israeli settlers at the cost of home demolitions and the eviction of Palestinian families.
Last year, the Palestine Liberation Organisation (PLO) slammed what it termed Israel’s “systematic ethnic cleansing of Palestinians” in Silwan.
The PLO said that Israeli policies “in Silwan aim not only to alter the historic character of the area and to consolidate Israeli control over the Old City of Jerusalem … but also contribute to the systematic ethnic cleansing of Palestinians in occupied East Jerusalem.”
Demolitions in the occupied West Bank and East Jerusalem have seen an unprecedented surge in recent months, with the number of structures demolished in the first half of 2016 already well exceeding the total number of demolitions carried out in all of 2015.