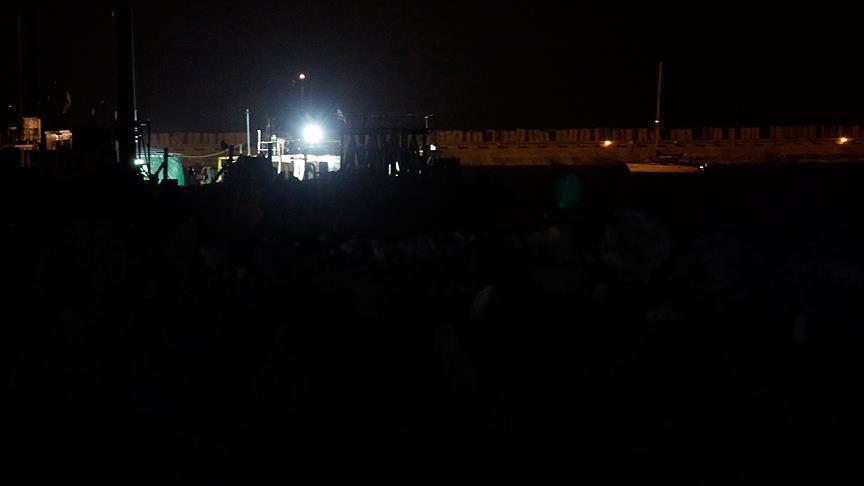 The Israeli military say their navy has detained a boat bound for Gaza, captained by a woman from Hobart carrying pro-Palestine women activists.
Activist organisation Freedom Flotilla Coalition said the boat was seized in international waters, making this an act of piracy.
The group is calling for Israel to end its blockade of Gaza, which has been in place since 2007.
“At 15:58 (CEST) on October 5, we lost contact again with the Zaytouna-Oliva and presume that the Israeli Occupation Navy has surrounded it in International Waters … and has forced it off its course to Gaza,” the organisation said in an update on their website.
Hobart woman Madeleine Habib, the captain of the Zaytouna-Oliva flotilla, is one of 13 female pro-Palestinian campaigners who have been detained.
The Israeli military said the navy escorted the boat to Ashdod port early on Thursday.
The Women’s Boat To Gaza mission — coordinated by the Freedom Flotilla Coalition — described the incident as “kidnapping” on their Twitter page.
The Freedom Flotilla Coalition released an “in case of capture” video on YouTube shortly after the alleged kidnapping.
“If you’re seeing this video, it’s because I’ve been captured in international waters by Israeli forces,” said Ms Habib in the video.
“I urge you to contact the Australian Government, the Department of Foreign Affairs, and request my immediate release.”
The boat was en route to the Gaza Strip and was trying to break Israel’s naval blockade of the territory.