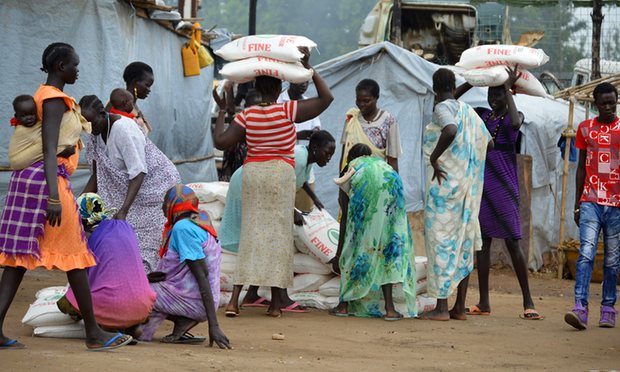 Women in the international aid industry have recounted their experiences of sexual harassment and abuse in a new survey of more than 1,000 female workers in the humanitarian sector.
The results of the self-report survey, published on Tuesday by the Humanitarian Women’s Network, revealed that 55% of those questioned said they had suffered sexual advances from a male colleague at least once.
The research is the first of its kind and suggests that sexual harassment and abuse within the industry could be widespread, according to the organisers of the study.
Forty-eight percent of those who responded to the survey reported unwanted touching by a male colleague, and nearly 20% reported physical aggression directed towards them. Of those who said they had suffered harassment and abuse, a third said it came from a male superior.
Want to change the aid industry? Here’s how to do it
“J”
Read more
The survey drew responses from 1,005 women across the international aid industry who worked for 70 different organisations, including NGOs and UN agencies. Most women – 83% – were international staff, while 17% of responses came from women working within their own country.
Four percent of those who took part said they had been forced to have sex with men they worked alongside.
Most women who suffered predatory sexual advances did not report what had happened to them – 69% said they had not made a complaint within their organisation.
The reasons for not reporting included being concerned about the professional consequences of doing so within a male-dominated industry and mistrust of the system.
Although the research cannot be seen as representative of the whole aid sector, the organisers believe it provides evidence of the hidden scale of sexual harassment and abuse, much of which goes unreported. They have called for more research and monitoring of the problem.