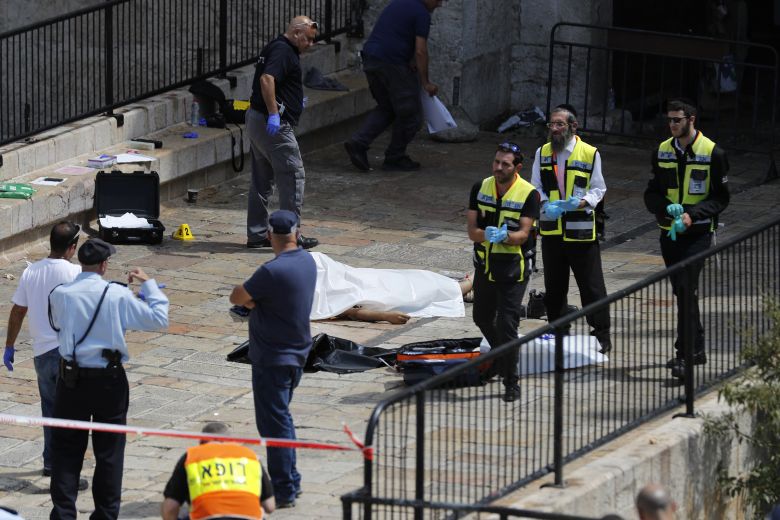 Israeli forces shot dead a Palestinian who was allegedly wielding a knife in Israeli occupied East Jerusalem on Friday and killed another in a car that rammed into a bus stop near an illegal Israeli settlement in the West Bank, police said.
The first incident took place at the heavily-patrolled Damascus Gate, a main entrance to Jerusalem’s Old City. Police said the 28-year-old man was shot dead after he attempted to stab Israeli security forces.
The second incident came after a car carrying two people rammed into a bus stop at a junction near the Israeli settlement of Kiryat Arba, outside the town of Hebron in the occupied West Bank.
“In the attack, three civilians were injured. In response to the immediate threat, forces at the scene fired at the vehicle, resulting in the death of one of the assailants while the other was wounded,” a statement from the Israeli Army said.
The Palestinian Health Ministry identified the dead suspect as Fares Khadour.
Earlier in the day, another Palestinian, who was shot during an Israeli Army raid on Thursday near Hebron, died of his wounds. He was targeted while allegedly fleeing arrest, according to the military.