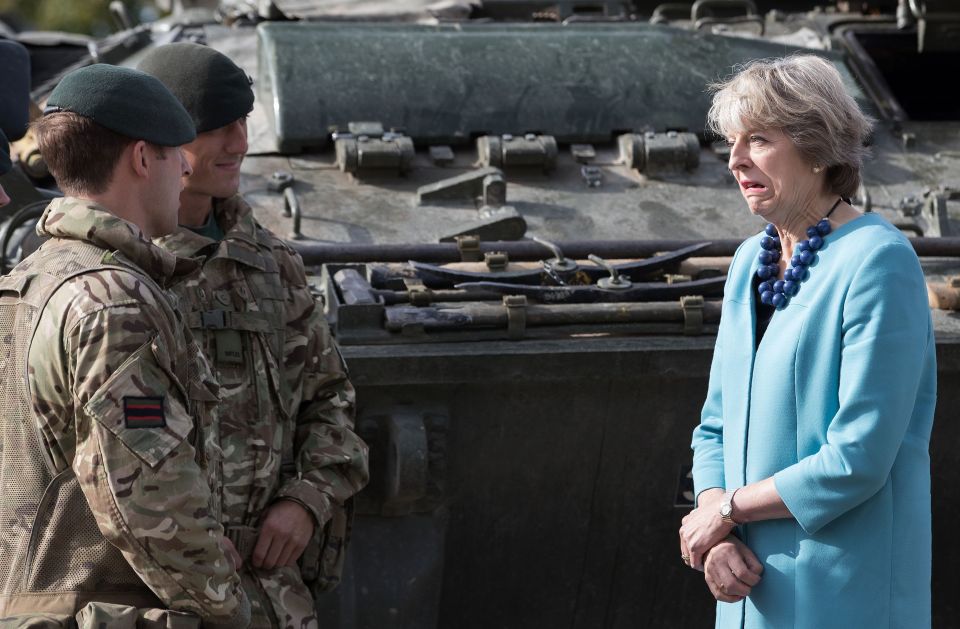 Controversial plans for the military to opt out from the European convention on human rights (ECHR) during future conflicts will be introduced by ministers, to see off what the prime minister described as an “industry of vexatious claims” against soldiers.
The long-mooted idea will be announced on Tuesday at the Conservative party conference by Theresa May and the defence secretary, Michael Fallon, although it was immediately criticised by human rights groups who said it was based on a false narrative of spurious lawsuits.
May said the change would “put an end to the industry of vexatious claims that has pursued those who served in previous conflicts”. It would be implemented by introducing a “presumption to derogate” from the ECHR in warfare.
Fallon, in comments released ahead of his conference speech, said: “Our legal system has been abused to level false charges against our troops on an industrial scale.”
He added: “It has caused significant distress to people who risked their lives to protect us, it has cost the taxpayer millions and there is a real risk it will stop our armed forces doing their job.”
However, Martha Spurrier, the director of Liberty, argued that the majority of rights claims against the military were not vexatious, and were connected to protections which could not be derogated, such as prohibition of torture.
“The MoD has been forced to settle hundreds of cases of abuse, which speaks to mistreatment on the battlefield that we should be trying to eradicate, not permit,” she said.
Derogation could only happen during war or public emergencies that threaten the life of the nation, Spurrier said, adding: “There is a dark irony in our government proposing derogation in wars of its choosing, even though many of those conflicts, like in Iraq and Afghanistan, are fought ostensibly in the name of human rights.
“The truth is that derogation will protect no one except those at the MoD with something to hide. It will make us hypocrites on the international stage and embolden our enemies to capitalise on our double standards.
“If ministers held our troops in the high regard they claim, they would not do them the disrespect of implying they can’t abide by human rights standards. For a supposedly civilised nation, this is a pernicious and retrograde step.”