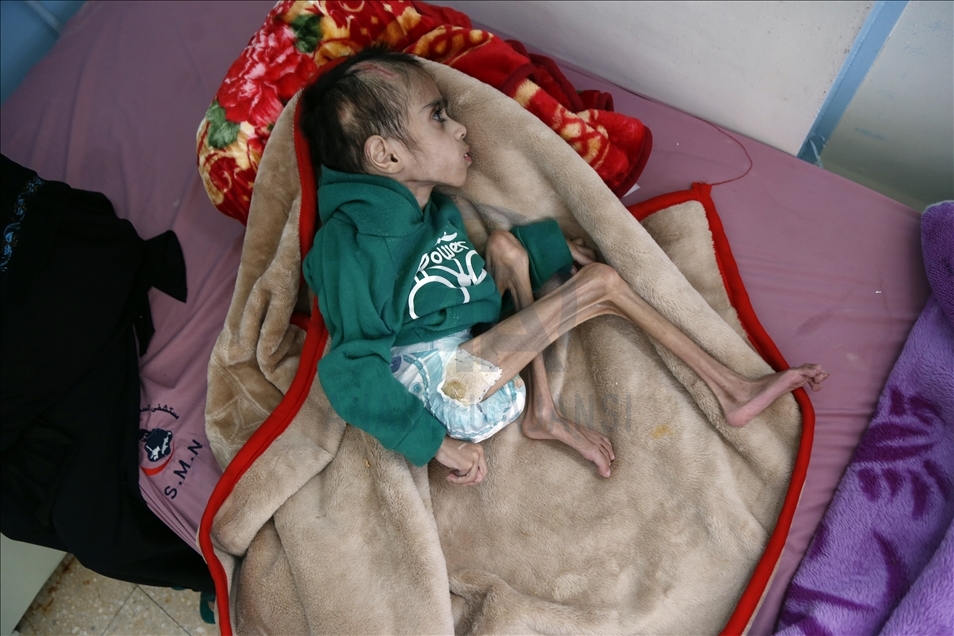 Conflict-torn Yemen “is falling off a cliff” and will face the worst famine the world has seen for decades unless donors, and especially its Gulf neighbors, contribute generously to this year’s U.N. humanitarian appeal for $3.85 billion, the U.N. humanitarian chief warned Wednesday.

Mark Lowcock said Gulf countries, especially Saudi Arabia and the United Arab Emirates, which contributed generously to U.N. appeals in 2018 and 2019, cut back drastically last year. This forced aid agencies to reduce the number of Yemenis receiving food and other humanitarian aid from 13-14 million every month in 2019 to just 9 million in 2020, he said.

The 4 million people who didn’t receive food last year “are among those essentially in the long, slow, brutal, painful, agonizing process of starving to death,” Lowcock told a virtual briefing for a group of reporters.

He spoke ahead of Monday’s pledging conference co-hosted by Sweden and Switzerland where Secretary-General Antonio Guterres will appeal for $3.85 billion.

“Without that funding, a lot more people will die, there could be catastrophic prospects unleashed in the country,” Lowcock warned. “Because of the state in the country now, where there (are) already pockets of famine, what we’re going to see is the worst famine the world has seen for decades. So, there is a lot at stake and there’s an urgency.”

The devastating conflict in the Arab world’s poorest country erupted in 2014, when Iranian-backed Houthi rebels seized Yemen’s capital, Sanaa, and much of the country’s north. That prompted a U.S.-backed Arab military coalition led by Saudi Arabia and the UAE to intervene months later in a bid to restore the government of Yemeni President Abed Rabu Mansour Hadi to power.

The conflict has killed some 130,000 people and spawned the world’s worst humanitarian disaster.